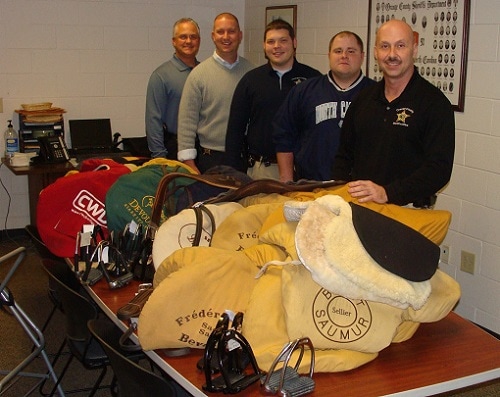 A former horse trainer is serving time behind bars in North Carolina for being found in possession of $60,000 worth of saddles stolen from a Canadian horse stable. 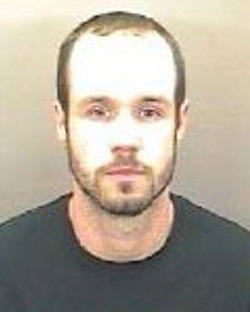 A judge sentenced Ronald Nixon, Jr. to 30-days in the Orange County Jail, suspended for 14 to 26 months. Upon his release, he will serve 90-days of house arrest, and two-years probation.
Nixon was charged with possession of a firearm by a felon and of possession of stolen property.
Nixon must also pay just over $1800 to Kim Mervyn, the owner of Park Lane Stables, the Canadian farm the saddles were stolen from in November 2013. The money is to repay Mervyn for her advertising and travel expenses after the theft.
The stolen loot landed in the states after being taken from the hunter/jumper stable in Ontario, Canada. Twelve teenage girls were the victims of the thievery.
An ad on eBay and matching serial numbers led to the saddles’ discovery in an Alamance County storage unit.
Canadian authorities did not pursue charges in the case.