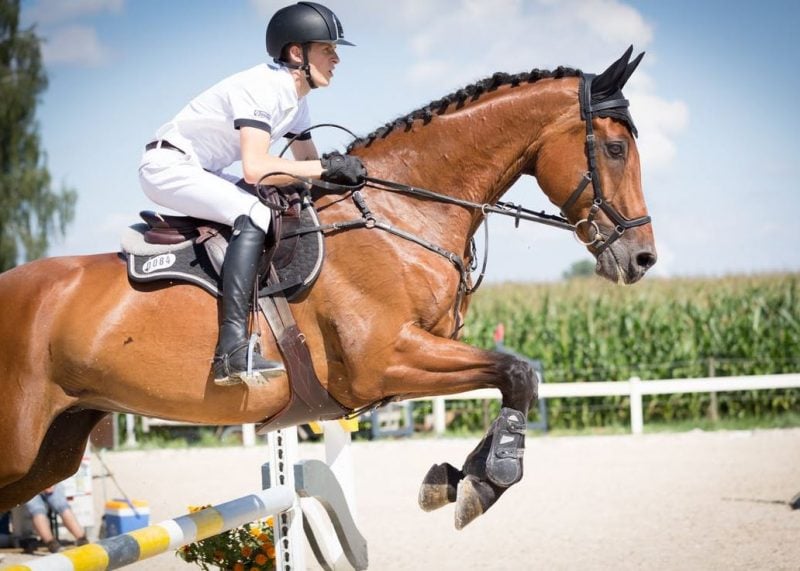 What is best for the horse?

Questions surrounding Depo-Provera remain after a workshop held by US Equestrian last week.

The Federation is considering a possible rule change regarding the administration of compounded Depo-Provera also called medroxyprogesterone acetate (MPA).

As the number of people in our horse disciplines declines, 30% of the public would like to become involved with horses. Dr. Heird attributes the decline to “an ethics conflict” between the horse loving public and the state of the horse industry.

The general public does not accept horse abuse or winning at any cost, Dr. Heird said. The horse marketplace should not either. He adds we must always be about the horses.

Dr. Heird’s discussion is a wake-up call to the horse industry, but it is unclear if it speaks directly to the issues surrounding Depo-Provera. Many players champion horse welfare and fair play initiatives, but is medroxyprogesterone acetate (MPA) really the biggest drug or horse welfare issue facing the Federation?

Stephen Schumacher, DVM, Chief Administrator, USEF Drugs and Medications Program advises Depo-Provera is FDA-approved for use in women, not horses.

Research shows medroxyprogesterone acetate (MPA) does not suppress LH levels in horses. That means it doesn’t have an effect on a mare’s estrus.

Dr. Schumacher notes synthetic progestin Regu-Mate does suppress LH levels. The product reduces estrogen in mares and lowers testosterone in male horses. Certainly, it is unclear if the positives outweigh the negatives for a largely female member base. Regu-Mate carries a high side effect profile when handled by young girls or women.

Patrick McCue, DVM, Ph.D., of Colorado, and his research team examined the difference between MPA, Regu-mate (altrenogest), and a placebo. The study included three groups of six mares during a six-week period.

The Journal of Equine Veterinary Science published the results in 2009. Dr. McCue said a loading dose of 1,600 mg of MPA followed by weekly dosing of 400 mg of MPA for 6 weeks did not have any difference from the saline placebo.

Dr. Schumacher says MPA affects horse behavior due to its reaction with GABA receptors. He characterized it as similar to a “tranquilizer” effect. The supporting data comes from research on rats, although it was noted that mammalian receptors are similar. No horse studies have been completed.

Gamma-aminobutyric acid is a neurotransmitter. GABA is the chief inhibitory neurotransmitter in the mammalian nervous system, according to Emily Deans, MD. People with depression and anxiety have low amounts of GABA in their cerebrospinal fluid. Medicines used for anxiety increase GABA levels.

So how does MPA affect GABA levels in the horse’s brain?

Mary Babick, United States Hunter Jumper Association President (USHJA) is asking US Equestrian to conduct more research before any decision is made regarding MPA.

After 38-years as a horse trainer Babick says MPA gives horses more of a “focusing” effect. She gives her horses, including a gelding with normally stud-like behavior, 5cc once a month. “It doesn’t make them jump higher or run faster. They just focus on their job easier.”

Babick asks where the line between behavior modification and performance enhancement meet? She says it’s a very slippery slope. Babick adds if the Federation chooses to ban MPA then calming supplements like Perfect Prep need to go too.

Equestrian Canada began testing for MPA last year. Canadian members won’t suffer penalties until after this year if they are caught with a positive.

Geoff Vernon of Equestrian Canada’s Equine Medication Control Committee adds he learned competitors were administering MPA more frequently. Vernon says, “we felt the drug was acting more centrally and having sedative or tranquilizing effects when being used at high doses and for long periods.”

Equestrian Canada has been in a state of upheaval due to allegations of mismanagement within the Federation. Vernon admits his group made mistakes surrounding the MPA ban including poor communication with the membership. “When we started testing for the product, we recognize now that our implementation of that testing procedure could have been better…”.

Others expressed that they’ve been using the product for a long time without any ill effects. Sissy Wickes, trainer, USEF “R” Judge, and USHJA Board Member collected statements from veterinarians and members in favor of MPA.

Ricki Brozman, DVM of Lenexa, KS says, “I see it used in a lot of horses and have never seen a negative or harmful side effect…”

Denise Finch of Hunter’s Edge in Las Vegas, NV adds, “I strongly believe that banning Depo [Provera] will be a huge safety concern.”

Geoff Teall noted the reserpine “look” when people used reserpine widely. Specifically, Teall said the horses looked in poor condition, which he added is not the case with MPA.

Dr. Schumacher again posed the question, “if it doesn’t affect LH in horses why are we using it?” He added the arguments sounded similar to discussions before reserpine, a long-acting tranquilizer, was put on the forbidden substance list.

Trainers Babick and Wickes state Regu-Mate is not the answer.

The United States Equestrian Association will not reinstate a member who kills a horse under new horse welfare penalty guidelines, whether it was intentional or not. ...
Read More