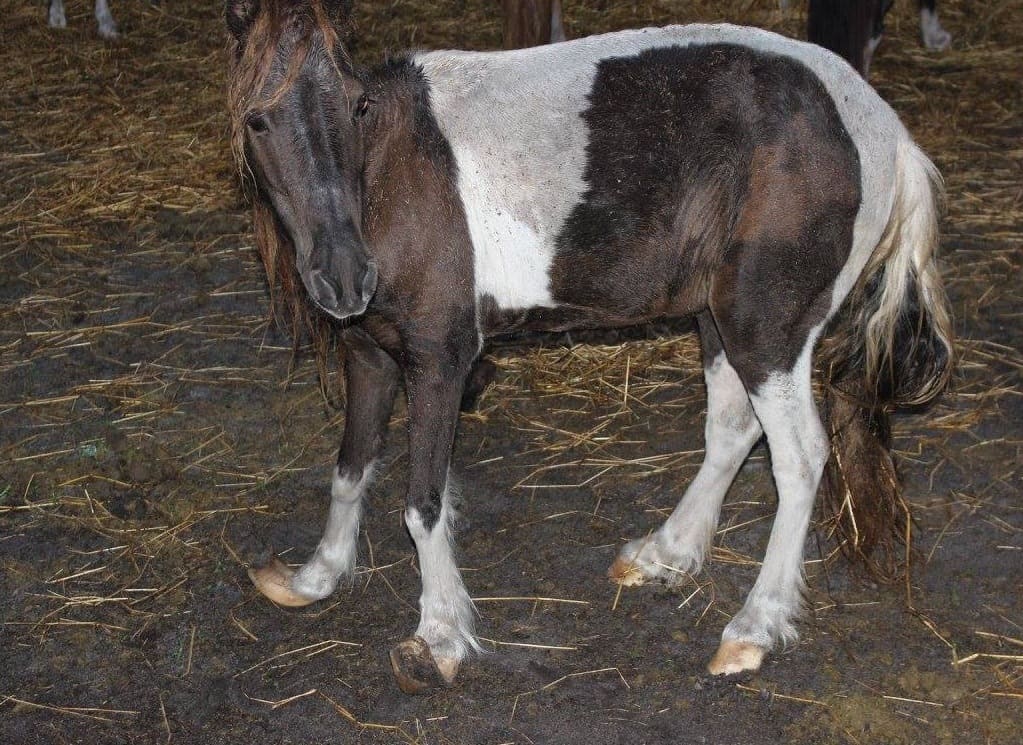 Investigators discovered 28 miniature horses, 2 horses, 8 dogs, and 2 birds suffering from various forms of neglect leading to the removal of 38 animals.

Veterinarians euthanized three miniature horses due to the maltreatment, severe neglect of their hooves and poor prognosis. The minis’ tiny feet were overgrown causing them to spiral upward making them lame.

The crippling effects of neglect are evident when the hooves become elf shoes. The long-term lack of hoof care caused one miniature horse’s hooves to turn upward in different directions. One hoof faced backward while the other faced forward on its front end.

Another miniature horse was only able to walk on three legs due to an untreated injury. The 11-month filly had a wire embedded into her skin cutting off the blood supply to her hoof.

“The fact that a practicing, licensed veterinarian caused so much suffering to her own animals is extremely concerning. We hope from this point forward she is not allowed to own, or treat, any more animals.”

Authorities found five of eight dogs in cages without water in the property’s main residence. The rats, clutter, and smell of ammonia festered making it uninhabitable. Nichols and Smith live in separate travel trailers on the two-acre property.

Deputies learned from Nichols that she practices part-time at Gulfport Veterinary Clinic located in the St. Petersburg area and at Animal Emergency of Pasco in Port Richey.

Nichols and Smith reportedly breed miniature horses and are petitioning the court to retain ownership of the seized animals.