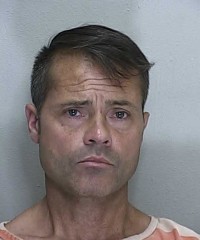 A Florida Appeals court recently overturned the conviction of a woman who had been found guilty of not telling her partner that she was infected with HIV. Why? Her partner was a woman.

The “law does not apply to her actions,” the 2nd District Court of Appeal said.

That is because in 1997 when the Florida legislature made it a felony for an HIV-infected person to have sexual intercourse without informing the partner of their infected status. The court ruled that sexual intercourse is between a man and a woman.

So what does this mean for fallen Olympian Darren Chiacchia? You may remember the eventer was arrested on a felony charge for allegedly having sex with his partner and not telling him that he was HIV positive in early 2010.

After more than a year and a half, a trial date has been scheduled for August. The District Attorney’s office says discovery is still on-going and a motion for continuance filed recently could push the trial date back again.

Chiacchia’s attorney, Baron Coleman, says he doesn’t believe there are legal grounds to prosecute his client after the 2nd District Court of Appeals ruling.

Additionally, Coleman says the thirty day period for motions to be filed for a rehearing of the appeal’s court decision has passed, which means the ruling will stand.

According to some officials, in order for gays and lesbians to be included in the statute in the future, it would have to be amended or changed.