Those eager to forever shut the doors to Sweet Briar College are being limited by a judge regarding the moving of assets. Bedford County Judge James Updike amended an Order allowing some concessions, but not when it comes to the sale of the equestrian program’s horses.
Horses owned by Sweet Briar College are not allowed to be leased or sold, the judge ruled. The school owns 56 horses as a part of its equestrian team where students ride competitively. A statement from the college states, “… we are hopeful we will soon have a resolution that will allow us to secure the care and well-being of our horses.”
The Virginia all-girls liberal arts college announced in March it was closing its doors, after opening in 1901. Many were stunned, since the college’s endowment is $85 million.
The amended order allows Sweet Briar to transfer its study broad program to Hollins University to ensure students can experience their promised education in France and Spain. Included conditions ensure Sweet Briar can reclaim the program in the future.
The Order also allows for the disposal of hazardous chemicals and the sale of computers to employees for market value.
An injunction issued in April barred the school from selling, transferring or disposing of the school’s assets for six months. It was in response to a complaint filed by a group of the school’s supporters who are fighting the college’s closing.
To date, supporters have pledged $12.4 million through 2020 to #SaveSweetBriar. 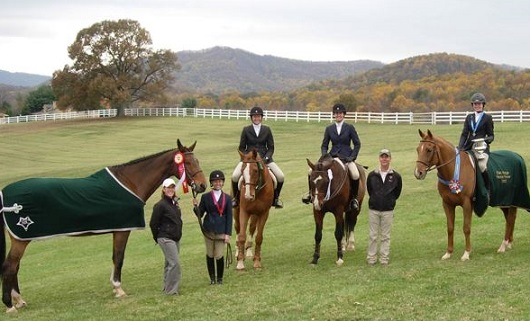 Founded in 1901, an all girls liberal arts college in Virginia is closing its doors at the end of this academic year. Sweet Briar College says its due to "insurmountable financial challenges."...
Read More