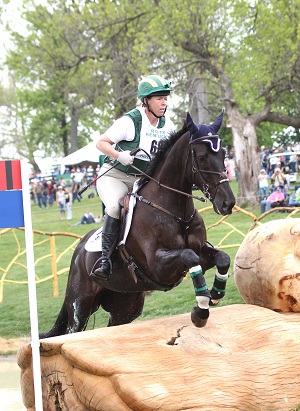 Amy Tryon, team bronze medalist for the USA at the Athens 2004 Olympic Games, passed away yesterday.

Born in Redmond, Washington State on February 24, 1970, Amy and her older sister got their first pony when Amy was just one. She started competing at the age of five and rode at her first event when she was just eight.

She found her top horse, the former racehorse Poggio II, in a classified advertisement in the Seattle Times newspaper. Together Amy and Poggio represented the USA at two Olympic Games, Athens 2004 and the Beijing 2008 Olympic Games in Hong Kong, and two FEI World Equestrian Games™, winning team gold in Jerez de la Frontera (ESP) in 2002 and individual bronze in Aachen (GER) in 2006.

Amy was a firefighter until the summer of 2006, when she retired to dedicate herself full time to riding, basing herself out of Mapleleaf Eventing at Upson Downs in Duvall, Washington.

Captain Mark Phillips, US Eventing Team Chef d’Equipe, said: “Amy was one of my first developing riders on the West Coast and went on to be a regular member of the team for 10 years.

“We won the Worlds in 2002 and she was third individually in the Aachen World Equestrian Games. We will all miss her terribly. She was a central member of the team, and was part of some of our most successful years.”