A farm in Warren County has been quarantined by The New Jersey Department of Agriculture after an aged mare was confirmed positive for Equine Herpes Myeloencephalopathy (EHM.)  EHM is the often deadly, neurologic form of Equine Herpes Virus (EHV-1.)
The thoroughbred hadn’t left the stable in years according to state officials. After a rapid progression of neurological symptoms, the mare was euthanized on March 31. The remaining horses at the facility have not shown signs of the disease.
“The department took swift action to prevent the disease from spreading to other horses by enacting a quarantine, which stops movement of horses in and out of the farm and puts in place preventive measures to contain the virus,” said Secretary of Agriculture Douglas Fisher.
This is the third incident of the virus in the state this year. An EHV-1 positive horse in Somerset County prompted quarantines at two farms in January. Two additional stables were quarantined in February due to a sick horse in Gloucester County. No other horses in the two unrelated cases showed signs of the illness and the quarantines were lifted.
According to the USDA:
By two years of age, almost all horses have been infected with EHV-1. The virus can then become inactive, in the horse’s body, setting up a carrier state that is life-long. Horses of any age that are carriers of EHV-1 do not show any external signs of disease when the virus is in a latent form. The virus can be reactivated during times of stress, such as strenuous exercise, long-distance transport, or at weaning.
The transmission of EHV-1 occurs after an exposure to an adult horse or foal with an active EHV-1 viral infection. The exposure generally occurs via respiratory shedding of the virus. The infected adult horse or foal may or may not be exhibiting clinical signs of disease.
Across the country, horses with the infection have also been identified in Florida, Tennessee, Illinois, California, Utah, and Montana. Our neighbors to the north in Canada, specifically Quebec, have also dealt with an outbreak this year.
Many state vets are urging vigilance among horse owners and show facilitators. 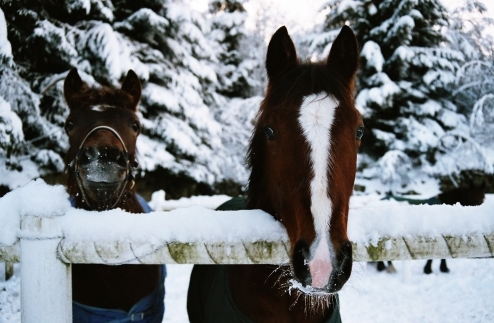 Ontario agriculture officials confirm a horse has been euthanized after showing severe neurological signs of caused by equine herpes myelocencephalopathy (EHM). EHM is cause by the equine herpes virus (EHV-1)....
Read More 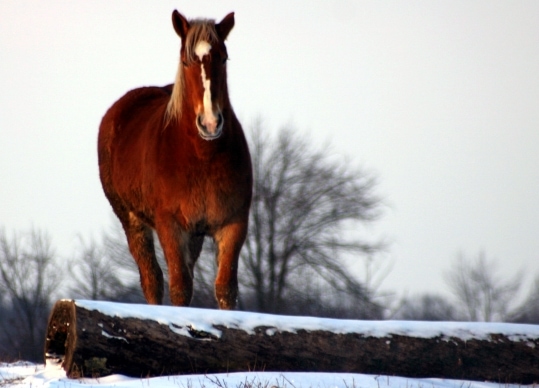 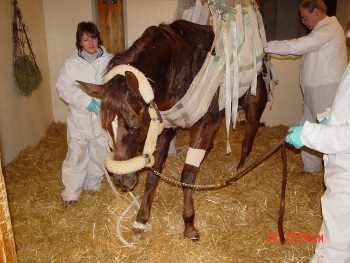