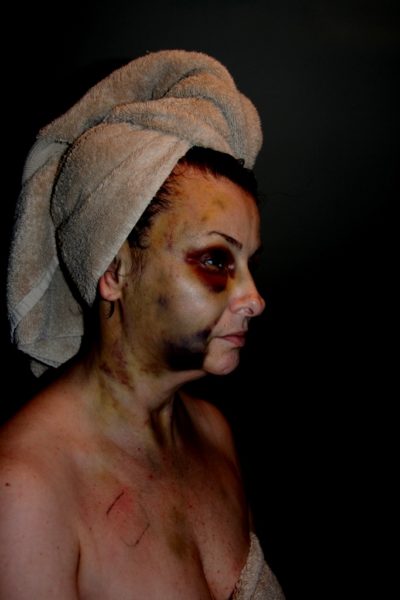 A Texas horse trainer was sentenced to jail for assault. A Kentucky judge gave Arnold Warmels the maximum penalty.
Warmels was indicted by a Bourbon County grand jury in late 2011. He was charged with felony assault after he “intentionally caused serious physical injury to Lisa Warmels, by repeatedly striking her with his fists,” according to court documents.
His victim, who now goes by the name Lisa Murray, says she barely escaped his violent rage in September 2011. She was rushed to the hospital by an ambulance and filed for divorce the next day.
Murray says she is relieved. “It was a very emotional day now that we got justice.”
Warmels pleaded guilty to a lesser charge of misdemeanor assault in a deal with the prosecutor.
Murray married Warmels in 2007. She says the charming man she thought she knew turned verbally abusive. She suffered quietly through lost personal relationships, his bad deals, and multiple relocations, but one thing was always the same. “He always positioned himself as the victim.”

“If you are making excuses for their bad behavior, you need to take a step back. You have to tell someone, don’t be silent.” Murray says she wants other women to know they can get help. She says she learned the hard way that verbal abuse is domestic violence and that it can turn physical. “Tell someone, there is help.”

Warmels was most recently training horses in the Dallas area. He reportedly promotes himself as a trainer of young horses specializing in dressage and natural horsemanship.
Warmels was taken away in handcuffs by deputies after the sentencing hearing. He began serving his sentence immediately. Since Warmels is not a U.S. citizen, he could face deportation to his home country of the Netherlands.
View Court Documents