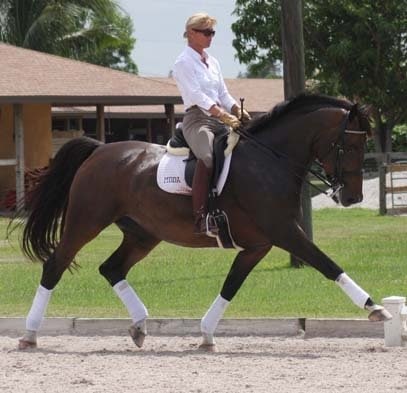 Korean Grand Prix rider Dong Seon Kim may have found his future Olympic mount, but a lawsuit filed Tuesday claims Kim never paid his agent her $177,000 commission.
Court documents filed in the Circuit Court of Palm Beach County state Kim sought out international dressage trainer, Lena Wedenmark, to help him find an Olympic caliber horse. Part of the pair’s oral agreement, according to documents, included that he would pay Wedenmark a 10% commission if she found him a horse.
Kim decided on a Swedish Warmblood gelding named Bukowski at a price of $1.7 million (1,325,000€) in October 2011. Wedenmark states she found the horse in England and brokered the deal from start to finish for Kim, and the horse’s owner, Anders Dahl.
Kim currently lives in New Hampshire but is a citizen of Korea. He is the son of Hanwha Group Chairman Kim Seung-Youn, who was indicted in 2011 for stealing billions in company assets to cover outside debts. He was convicted in 2012 and sentenced in April to three years in jail. He was also fined $4.51 billion for embezzlement after an appeal. This is not his father’s first run-in with the law, according to the Korean press, as the family is known for its violent past.
Hanwha Galleria sponsors Kim’s dressage team. According to Fédération Equestre Internationale (FEI) records, Bukowski is owned by Hanwha Galleria, not Kim.
In February 2012, Kim wrote Wedenmark saying he appreciated her “helping him find a nice horse,” although court documents state he still refuses to pay a commission.
Kim most recently competed Bukowski just over a week ago in New York.
View Complaint 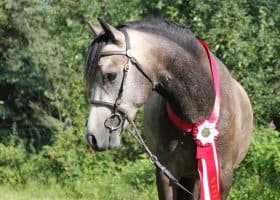 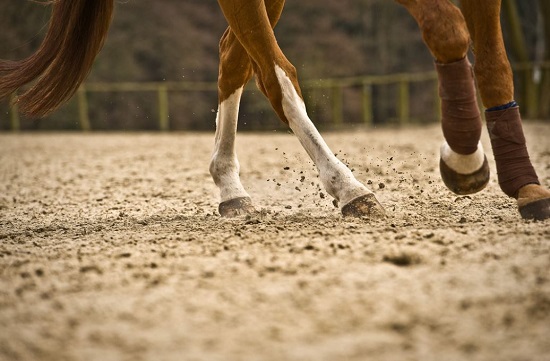