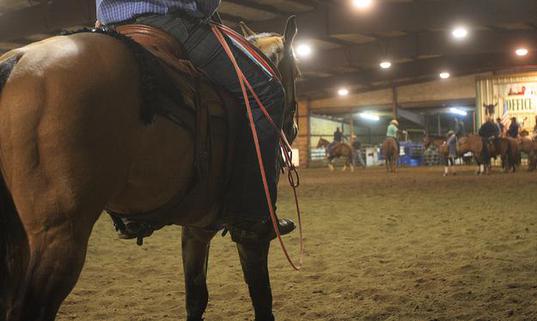 Kountz Arena’s owner is charged with felony animal cruelty charges after he allegedly kept his stallion alive without veterinary care, although the horse was missing part of its leg. We now know Dayle Kountz, of Montana, was convicted of a similar crime 16-years ago.
A complaint filed in August 1999 states Kountz failed to provide licensed vet care to a mare that had a broken left hind leg for about four months. Kountz was cited with misdemeanor cruelty to animals. He was convicted after entering a guilty plea.
Kountz faced up to a year in jail and a $500 maximum fine, but was sentenced to pay a $130 fine.
The Gallatin County Attorney’s office filed charges against Kountz last week after authorities began investigating in late March. Kountz is charged with three felonies. If convicted of the most serious charge, aggravated animal cruelty, he faces up to two-years behind bars and a maximum fine of $2500.
Kountz Arena, located in Bozeman, is operated by Kountz’ son, Cody. Kountz Arena has reportedly become a ghost town since the investigation. The arena has been a popular horse show venue that also offers horse boarding, summer horse camps, and clinics.
Dayle Kountz is scheduled to appear in court on June 15th.
View Case