The Kentucky Department of Agriculture (KDA) reports four horses in the western part of the state were euthanized after testing positive for equine infectious anemia (EIA).
A private veterinarian found a horse positive for EIA in Marshall County. An additional three cases were discovered through additional testing, according to KDA. The pleasure riding horses did not show clinical signs of the disease and were in good body condition. The four horses varied in age from 6 to 21-years and were euthanized. There is no cure or vaccine to prevent EIA.
A Coggins test is utilized to determine the presence of EIA.
KDA says the older horses were purchased through livestock markets with a negative Coggins test. Since they did not regularly participate in events that would require routine Coggins testing, KDA says they represent the “untested population.”
Seven additional horses on the farm tested negative, but remain quarantined. They will continue to be tested over the next 60-days.
EIA is a viral disease of the equine family (horses, donkeys, mules) that is transmitted by biting insects, primarily horse flies and deer flies. It can also be transmitted through infected needles being shared between horses.
Officials are unable to definitively determine the route of transmission in this group of horses. They say they have not ruled out inadvertent veterinary transmission since the seven horses were commingled with the infected horses in a confined location for 10 months with no current evidence of transmission.
Affected horses can carry the disease without symptoms for years or they may become acutely or chronically infected. Signs of the disease include fever, depression, anemia, and dependent edema, sometimes progressing to loss of condition, lethargy, and anorexia.
There are no treatment options for infected horses so the United States Department of Agriculture requires euthanasia or strict lifelong quarantine for horses testing positive for EIA. Studies show that a 200 yard separation between an isolated positive EIA horse and other horses prevents transmission of the disease.
To help prevent the disease, veterinarians say to practice insect control, good sanitation, and test new horses brought on your property with a Coggins test. The use of only new and clean needles and syringes on each horse is also important to keeping the disease away.
Officials recommend that horse owners have their vet pull blood for a Coggins test yearly. In some states it is the law to have a negative Coggins test yearly, even if your horse never leaves your property.
These are the first Kentucky horses found positive for EIA since 2007. 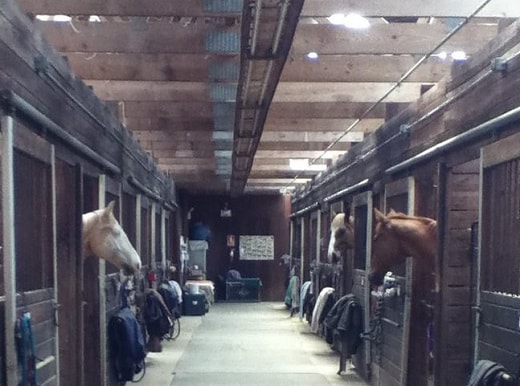 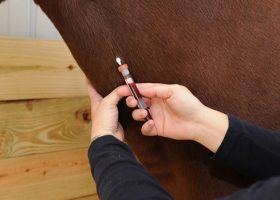 Nebraska's state veterinarian is releasing new details regarding horses in the northwestern part of the state inflicted with equine infectious anemia....
Read More 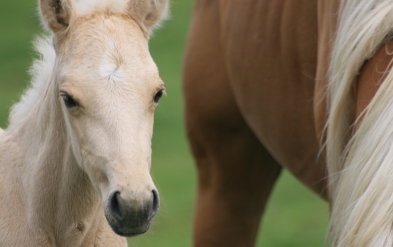