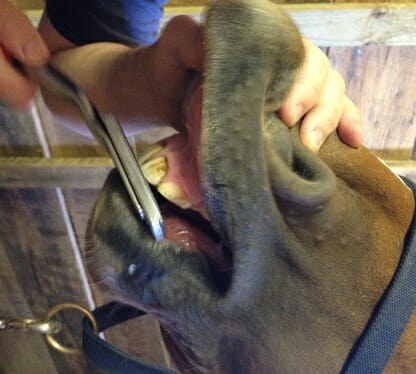 A Connecticut equine dental practitioner charged with animal cruelty and five counts of practicing veterinary medicine without a license was accepted into the state’s accelerated rehabilitation program (ARD.) 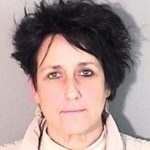 services a veterinarian provides with their license, according to the clerk of the court. ARD is a diversion program for first time, non-violent offenders.

Lavigne, a “lay equine floater” allegedly administered sedation to clients’ horses in July 2013, which is outside the scope of her professional license. One of the horses had a seizure and a complaint was filed with authorities leading to her arrest and charges being filed in November 2013.

Lavigne allegedly gave a quarter horse gelding a sedative intravenously, according to the arrest affidavit.

The document states when Lavigne finished giving the injection of Xyxlixne, the horse reared, fell onto his right side and began seizing. His eyes were rolled back in his head, his tongue was hanging out, and he was convulsing. The horse’s breathing became slow and labored and there was blood coming from his mouth. When the farm’s veterinarian was called, Lavigne packed up and left.
The report states the horse’s veterinarian believes Lavigne injected the horse’s carotid artery, instead of the jugular vein, so the sedation went straight to the brain, causing the immediate seizure. The horse did sustain injuries, but recovered.
Lavigne is not allowed to use sedation or power floats on horses since she is not a veterinarian, although she allegedly did both, according to documents. One of the stable’s owners told authorities Lavigne sedated five of the six horses she was working on, including the quarter horse. Out of the five, the power float was allegedly used on four horses.
As a “lay floater” she can only manually float the “cheek teeth, which are located on the sides of the mouth and consist of molars and pre-molars.” Lavigne allegedly marked she floated two horses’ incisors, which are noted as outside her professional scope.
When contacted by an investigator, Lavigne said she did not use sedation or a power float at the farm. When asked if a horse at the barn had a seizure when she was there, the documents state Lavigne said, “no.” She allegedly told the investigator one of the farm’s owners signed a Hold Harmless Agreement, so she couldn’t be sued.

The maximum penalty for the animal cruelty charge is one-year in prison, a $1000 fine, or both. Each count of practicing veterinary medicine without a license has up to a 6-month prison sentence, $300 fine, or both. Lavigne is charged with 5 counts.

Lavigne is scheduled to return to court February 19, 2015. If Lavigne completes ARD successfully the charges pending against her will be dismissed.