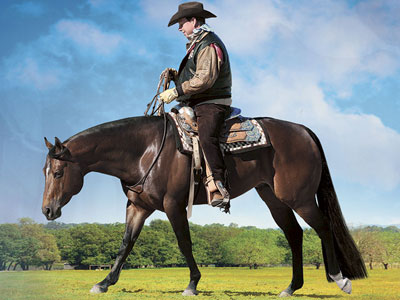 Updated September 25, 2012
Rita Crundwell’s legacy in American Quarter Horse breeding ended officially this weekend at a court-ordered sale which brought in an estimated $4.78 million. The feds sold her horses and equipment.
Crundwell is the former comptroller of Dixon. She allegedly siphoned $53 million from the city over twenty years for her personal use. Prosecutors allege she used the money to fund her horse farms, horses, jewelry, and extravagant spending.
Two days brought in about 4,000 potential bidders to the sleepy town. The auction was held at Crundwell’s ranch, which will also be sold by the feds in the future. The high selling horse brought $775,000 on Sunday. Canadian horse trainer and lotto winner, Sandra Morgan, bought the quarter horse stallion Good I Will Be. The 2004 bay is a 3-Time World Champion Performance Halter Stallion.
Video of the top selling horse taken prior to Rita Crundwell’s indictment.
Sales totaled over $2.5 million for the first day which included horses, frozen semen, and tack.
The crowd attending was lighter Monday, but that didn’t stop the bids from coming in. Ten trucks and trailers were auctioned for a total of $530,000. The high selling horse through the day was sold for $245,000 according to Marshals Service spokeswoman, Lynzey Donahue. She said a representative from AQHA was on site taking care of transfers for the horses’ new owners.
Proceeds from a recent online sale, which were more than $1.5 million, will cover the Marshals’ expenses of caring for the horses since May. The funds from this sale will be made available for restitution to the city of Dixon, if the government prevails in its criminal and civil actions against Crundwell. She has pleaded not guilty.
The luxury motor home, owned by Crunwell, sold for $800,000. It was originally listed with a reserve of $1 million, but didn’t sell.
The state filed additional charges last week against Crundwell. She is expected in court to answer the charges next month.