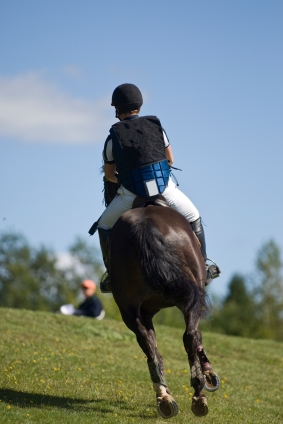 Riding instructor Kristi Nunnink says, "I would encourage everyone to make sure they get their releases signed."

A California judge has ruled a riding instructor was not negligent in the death of her horseback riding student in 2006.

Mia Eriksson was killed during the cross-country phase at Galway Downs in November 2006. After she incurred four refusals, Mia was eliminated. Rules dictate horse and rider exit the course, however, Mia continued to the next fence where she suffered from a fatal rotational fall.

The Erikssons pursued three major issues: the viability of the liability waiver, the soundness of Mia’s horse, and the direction and influence of Mia’s instructor. The court found the liability waiver was in good standing, and without fault. The claim that trainer Nunnink was in some way negligent as it applied to the soundness of the horse or Mia’s readiness to compete was not established.

Riding instructor Kristi Nunnink tells us, “I would encourage everyone to make sure they get their releases signed.”

For the Eriksson’s, this ruling is yet another chapter in their life story of horse-related tragedies. In 2003, their oldest daughter, Shana Eriksson, who was also an accomplished equestrian, was killed when her horse spooked during a leisurely ride.

“Win or lose this is a very sad story and these parents have lost both of their daughters in riding accidents,” says Nunnink.

We were unable to reach the Eriksson family for comment. They have sixty days to appeal this latest ruling.