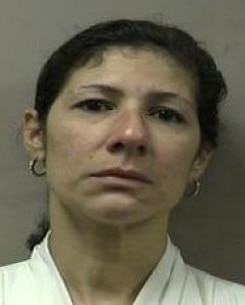 A New York felon will spend up to six years in prison for stealing an estimated $35,000 from her former employer, Saratoga Saddlery. Yvette Giovanni of Schuylerville was sentenced last week after pleading guilty to third-degree grand larceny.
Giovanni siphoned the funds during her time as a bookkeeper for the equestrian boutique. She must repay the money as a part of her sentence, which could be difficult for this three-peat offender.
Giovanni is no stranger to the criminal system. In 2003, she spent 10 months in prison after she was convicted of two felony counts of grand larceny.
In 2006, Giovanni was ordered to pay over $90,000 in restitution and was sentenced to prison after re-offending. She pleaded guilty to grand larceny for forging her employer’s business checks and depositing the funds into her personal account. She was sent to prison for up to five years. Giovanni served more than three years locked up and was released in January 2010. She remained on parole until January 2011.
Giovanni is serving her current sentence in the Bedford Hills Correctional Facility. Her earliest possible release date is August 2016.
Stay with Rate My Horse PRO as we keep you informed!