The Connecticut State Police say a woman brutally assaulted on an East Hampton farm has been identified as Lisa Rader.
Police say the assault happened around 3:45 a.m. on Wednesday at the residence located at White Birch Farm. Rader was found with multiple injuries and was transported to St. Francis Hospital Hospital. She is reportedly in serious condition.
Rate My Horse PRO has confirmed no animals were injured in the incident. 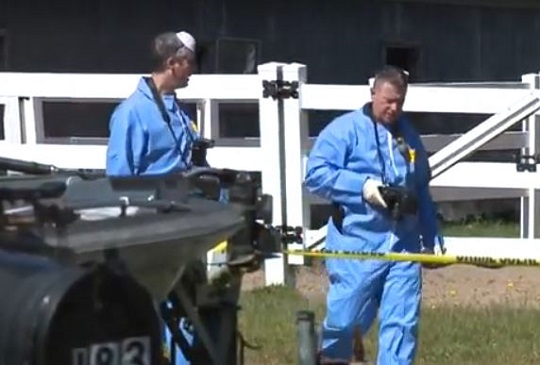 Authorities behind crime scene tape collected physical and forensic evidence. State Police Detectives conducted interviews and continue to investigate this incident assisted by the East Hampton Police Department. Details remain limited and they do not have a suspect or person of interest at this time.
White Birch Farm is a full-service equestrian facility that specializes in training and riding lessons in multiple disciplines, according to the farm’s website. Rader’s daughter, Amy Rader Frick, ran her training business out of the farm until she got married in 2013.
State Police are asking anyone who may have any information regarding the attack to call them at 860-896-3230. All calls are confidential.