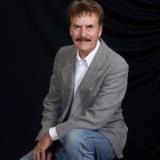 Colorado horse breeder Nick Mangeris was arrested Friday according to IRS officials. He was indicted by a federal grand jury earlier this month for tax evasion.
According to the indictment, the arabian horse breeder operated Les Beaux Chevaux and Tenet Investment Group. Both businesses owned horses and provided breeding services.
Authorities state Mangeris failed to pay income taxes for multiple years. In 2004, Mangeris consented to an IRS assessment and collection of back taxes for the calendar years 1997 through 1999 for amounts totaling approximately $850,000, $18,000, and $23,000, respectively.
The feds say despite agreeing to the payback, Mangeris has evaded payment.
Court papers state Mangeris directed buyers to make payments for the purchase of semen and offspring derived from his businesses’ horses to others holding bank accounts he controlled. He allegedly paid his personal expenses with those accounts.
“With tax season around the corner this indictment should serve as a reminder that anyone who evades paying their taxes will be held criminally accountable,” says U.S. Attorney John Walsh.
Mangeris is charged with one count of income tax evasion. He was released on a $10,000 unsecured bond.
He could face not more than 5 years in prison, and a fine of up to $250,000 if he is convicted.
His arraignment is scheduled for January 24.