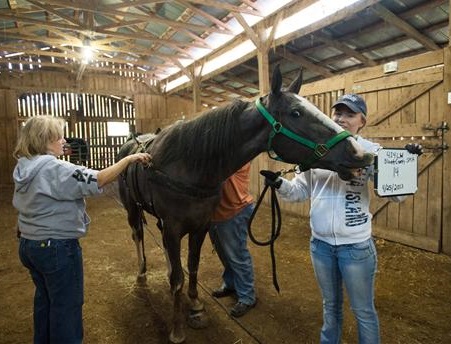 Trainers Randall Stacy Gunter and Brandon Lunsford were charged in June with aggravated animal cruelty. Farrier Blake Primm was charged with misdemeanor animal cruelty. The men worked for Wheelon and were charged after authorities served a warrant at his stable in April. They were accused of crimes associated with soring the horses, but all of the charges have been dropped.

Earlier this month, the felony animal cruelty charge was dismissed against Wheelon during the preliminary hearing phase on a technicality. Blount County District Attorney General Mike Flynn states he is considering taking the case before a Grand Jury.

The court ordered the 19 horses seized from Wheelon Stables to be returned to their owners. There has been no action due to a dispute over where the horses must go. In a Motion to Set Aside Previous Order, Assistant District Attorney General Ellen Berez states “this information regarding permission to return the horses to the Tuckaleechee address is currently in dispute, and Mr. Huffington misrepresented this information to me.”

Huffington represents Wheelon and the other horse owners. Wheelon is not allowed to return to the farm he leased at the time of the raid, and the order from the court states the horses must return there.

The horses remain at an undisclosed location.