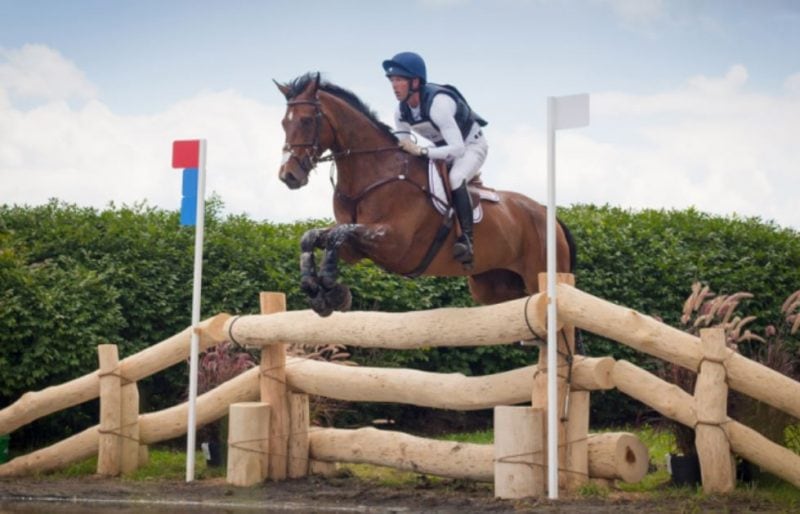 Clark Montgomery (USA) flew back from Britain to his home country to lead a strong American quartet to victory in the fifth leg of the 2016 FEI Nations Cup™ Eventing. The event, held for the first time outside Europe, captured fans at the Land Rover Great Meadows International at The Plains, Virginia.

Riding the Irish-bred Loughan Glen, the horse he plans to ride at the Rio Olympic Games next month, Montgomery finished the clear individual winner. He also led the US team to a convincing victory over Canada.

“It means a lot to win at Great Meadow this weekend,” Montgomery said after the historic victory. “I have been based in England for a while so to get to come home in the US and compete in front of the home crowd, means a huge amount to me.”

This was the first time the USA has hosted FEI Nations Cup™ Eventing, with Great Meadows International putting on an excellent event as the series made its debut outside Europe. Mike Etherington-Smith’s Cross Country course rode extremely well, with 27 of the 40 starters finishing clear of jumping faults, but the clock was a deciding factor with just four combinations making the optimum time.

Colleen Loach was best of the second-placed Canadian team, finishing 14th on Qorry Blue D’Argouges. Her three teammates also went clear, but were hampered by their Dressage marks to finish 38.3 adrift of the winning US squad.

Three British riders traveled across the Atlantic to join forces with US-based Briton Justine Dutton to make up a full four-person British team. Jodie Amos and Wise Crack finished best of the visiting British, in third place individually, adding no further penalties to their Dressage score of 49.0.

Ben Way (GBR) riding Willows Tipster finished 26th after finishing only two seconds over the optimum Cross Country time, but Justine Dutton had two refusals out on the course and Ros Canter was eliminated for a rider fall.

Despite their mixed fortunes, the British team finished third overall, earning enough points to give them a clear lead over Germany at the halfway mark in the FEI Nations Cup™ Eventing series.

The action returns to Europe this weekend, and the competition is expected to be strong in Aachen (GER) 14-17 July.