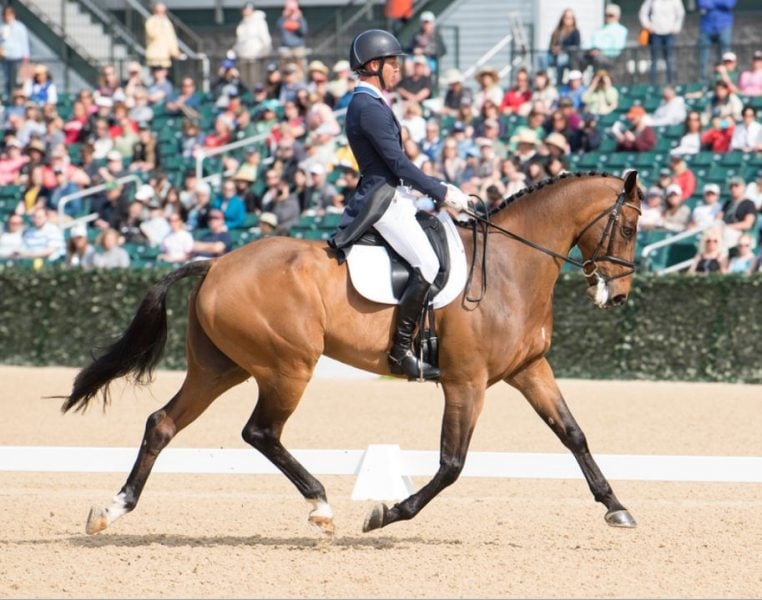 American rider Clark Montgomery rode a smooth dressage test on Loughan Glen to take the lead in front of his new home crowd at the Rolex Kentucky Three-Day Event in Lexington, KY.

Montgomery recently returned to the states after being based in Britain. The Kentucky resident leads the 59 starters in our county’s premier event on the impressive score of 33.6.

There’s no relaxing when defending champion Michael Jung from Germany is only 3.5 penalties behind. Jung is the dual Olympic champion and 2015-2016 FEI Classics™ leader. He is going for record-setting third Kentucky victory in a row, on the same horse, the gallant little mare FischerRocana FST.

Jung has a habit of piling on the pressure with faultless jumping performances.

Montgomery and Loughan Glen are no strangers to outstanding success in the dressage area but have a few spots on their cross-country record. However, the dressage leader, who describes tomorrow’s test as “beefy”, was visibly elated, “My horse felt super. This morning he was pretty tight, but he was ‘up’ which is what we wanted. He felt good in his body, good in his mind.”

Rolex is the third leg of the FEI Classics™. The series links the world’s six major four-star events and provides valuable cash prizes to the top three finishers in the points table.

US rider Kim Severson has achieved a rare distinction of her own. She won Kentucky three times, although not consecutively, on the same horse, Winsome Adante. Severson in third place on her rising star Cooley Cross Border.

Frenchman Maxime Livio scored the first victory in the current FEI Classics™ series, at Pau, France, and brings that winning horse, Qalao Des Mers, for an attempt at Kentucky. They are eighth on 44.6.

Zara Tindall, the 2006 world champion, is the sole Brit. She was near the bottom of the Badminton waitlist and decided to cross the Atlantic with her 2012 Olympic silver medallist High Kingdom. They are currently 16th on 46.6, just 0.3 ahead of fellow traveler Tim Price (NZL) on Ringwood Sky Boy who is 17th.

Kentucky’s last home winner was Phillip Dutton in 2008. He’s in ninth on 44.8 with two of his three rides, Fernhill Fugitive and the 17-year-old Mr. Medicott.

The vastly experienced rider, a bronze medallist at Rio last year, is positive about Saturday’s cross-country, “You’ve got to keep thinking, not let the blood rush to the head and see how your horse handles the distance. It’s another great course from Derek [di Grazia] and will sort everyone out.”

After the dressage competition wrapped, fans were delighted to experience one last dressage test from the beloved Alison Springer and her mount Arthur. The gelding was recently diagnosed with a cardiac condition that is ending his competition career as an event horse. The crowd was brought to its feet and tears flowed as the classy pair completed their initial farewell down the center line. 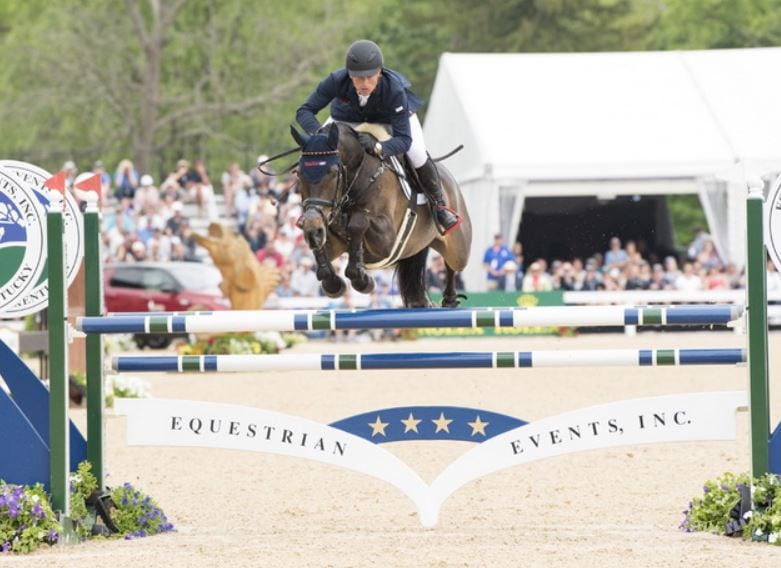