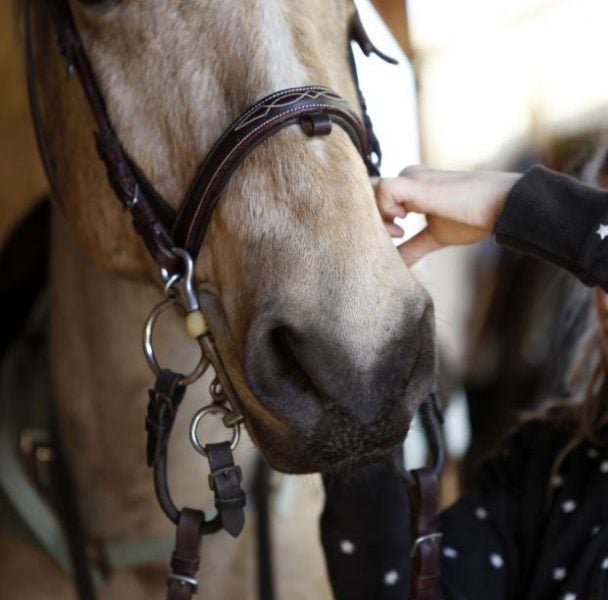 We now know the identity of the little girl that died after a horse riding accident at a New Hampshire horse show over the weekend.

Four-year-old Mackennah Caulder was fatally injured after the horse she was riding in a leadline class on Friday fell on her. The horse reportedly backed up and lost its balance causing the animal to fall on top of Caulder’s tiny body. It happened at the White Mountain Riding Club Horse Show during the Lancaster Fair.

An eyewitness tells Rate My Horse PRO Caulder was wearing a riding helmet.

Caulder’s family remembers her as a happy little girl with a “spitfire” personality. Her obituary states she loved horses whether it was riding or driving them.

Caulder is also remembered as determined. She taught herself how to ride a bike without training wheels at 3-years-old.

The toddler leaves behind her parents, Kyle and Adrienne M. Caulder, and two siblings.

A graveside service is scheduled for 11 a.m. Wednesday, September 7th at Woodstock Cemetery in Woodstock, NH.

Fair officials confirm the death of a young girl injured Friday in a horse riding accident in New Hampshire.

It happened at the White Mountains Riding Club Horse Show in Lancaster. Thrown from her horse, the child was responsive when transported by ambulance a witness stated.

The child was taken to Weeks Memorial Hospital, but died from the injuries sustained, according to Edward Samson, Lancaster Fair president.

Authorities have not released the girl’s name and age.

We will have more information as it becomes available from authorities.