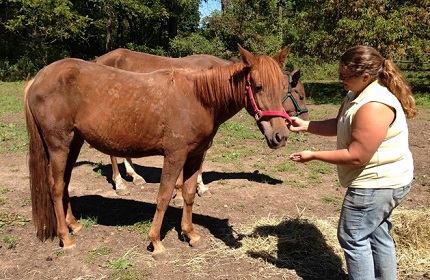 The owner of the once legendary Rodney Farms in New York is facing animal cruelty charges.

Investigators from the Humane Society of Greater Rochester seized five of Barbara Galbraith’s horses on Thursday after executing a search warrant. The horses are recovering at Lollypop Farm.

Galbraith is charged with three counts of misdemeanor failure to provide sustenance. At a recent visit, authorities say the horses had no water to drink.

Reno DiDomenico, director of law enforcement for the animal group, told the Democrat and Chronicle he believes troubled times led to the neglect. “The Humane Society’s position has always been to help and educate, not always just enforce. We’ve been trying to work with Mrs. Galbraith and Rodney Farms for a number of years.”

The maximum sentence for each count is a year behind bars and a $1,000 fine. Galbraith is scheduled to be in court on September 16.

Read the back story regarding Rodney Farms at the Democrat and Chronicle.