Dressage Olympian and trainer Cesar Parra could face indictment to Superior Court for allegedly torturing a horse in New Jersey. Prosecutors are taking a closer look at the offenses initially filed with the Readington Township Municipal Court by the SPCA. The court hearing originally scheduled for Thursday has been cancelled.
Hunterdon County Assistant Prosecutor Jeffrey Weinstein says the review of the facts and collection of any new information is standard procedure for any fourth degree charge, which is the lowest indictable offense. “We are conducting an investigation of the allegations to see whether an indictable crime was committed.”
Parra is charged with torturing a living animal, a fourth degree offense, and one count of animal abuse, which is a disorderly persons offense. The charges stem from a June 2009 incident at Parra’s facility. It was his first training session with a four-year-old Hanoverian stallion named William PFF, owned by New York horse trainer and breeder, Trudy Miranda.
A civil lawsuit was filed in mid-2011 after Miranda says attempts to resolve the matter with Parra and his insurance company, beginning in October 2009, were unsuccessful.
According to the civil court documents, Parra lunged the stallion “with restraints that caused the horse so much pain, the horse was injured, flipped itself over, smashed into a wall and was unable to stand without assistance for five hours.” 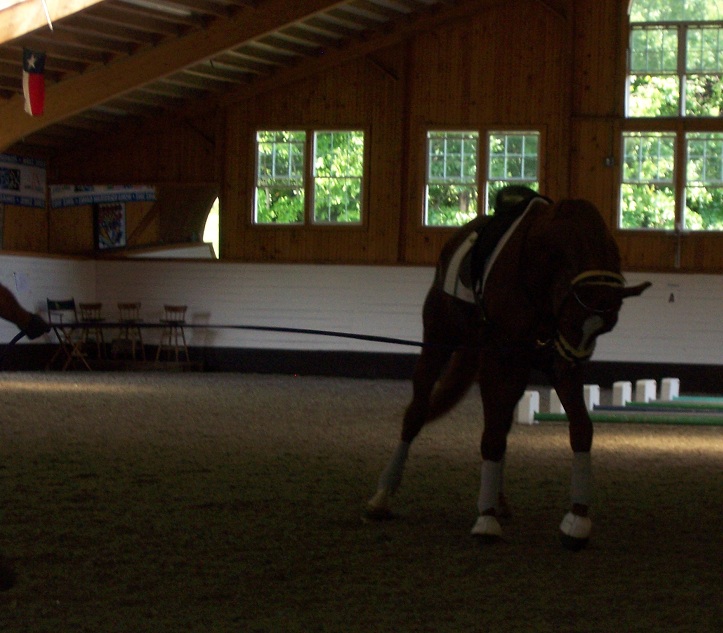 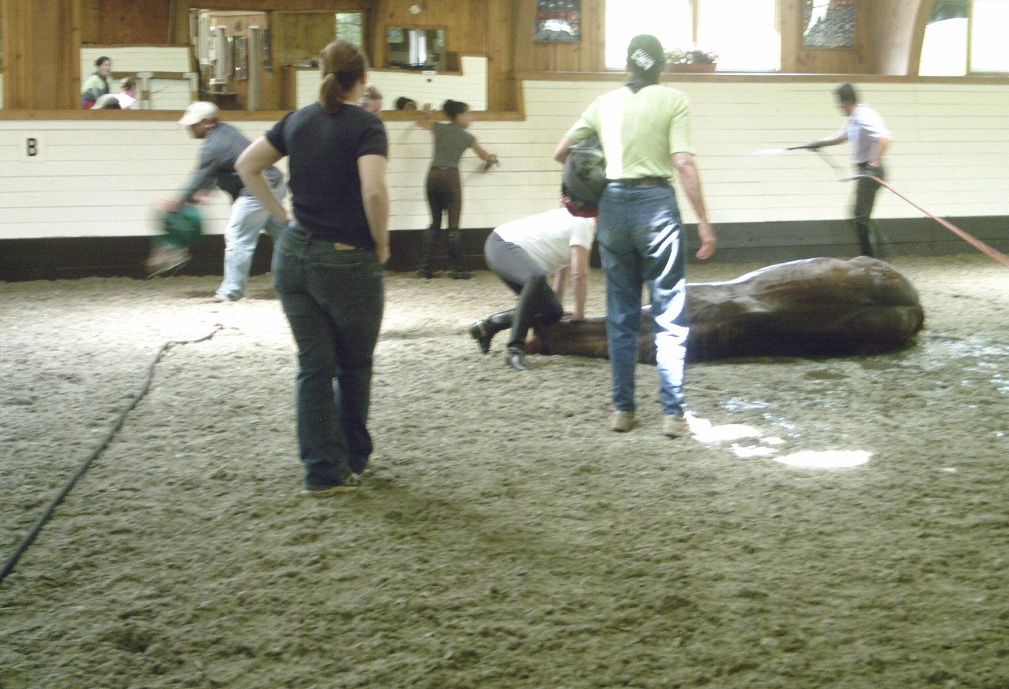 Cesar Parra lunging William PFF.              Cesar Parra hosing blood off wall.
Court documents state Parra then went against the treating veterinarian’s recommendation when he “tried training (lunging) the horse again” just weeks after the incident. The stallion, characterized as a “vegetable on four legs,” is not safe to be ridden.
In a recent statement to Rate My Horse PRO, Parra says he “does not deny that Ms. Miranda’s horse was injured in an incident involving his evaluation of the horse.” He says, “he successfully longed the horse” when “without warning and unpredictably, apparently in response to an outside stimulus, the horse suddenly exhibited dangerous behavior, reared, lost his balance and fell over backwards striking his head on the ground.”
Miranda says, “I can definitively say that, at no time, was William ever dangerous, aggressive nor did he ever rear at Piaffe Performance Farm. Parra states that he successfully lunged William. Given the severity of William’s injuries, directly caused by the manner in which Parra lunged him, I would not deem the lunging safe and certainly not successful.”
Parra represented Colombia in the 2004 Olympics and placed 46th individually. He became an American citizen in 2008 and now rides for the United States. At last year’s Pan-American Games, Parra was a part of the gold medal winning US Team. He placed 10th individually. He received a yellow card for a rules violation at the competition – which is cited by the Fédération Équestre Internationale (FEI) as “entering the arena without authorization.”
If the county prosecutor’s office moves forward, the case will be handed over to the Grand Jury. The two civil charges filed by the SPCA will remain in the Municipal Court according to Weinstein. It is unknown how long the case review will take.