California authorities are investigating an animal cruelty case after a horse and dog died after being fed tainted treats. Now, officials are asking for your help.
Leslie Webb contacted the Sonoma County Sheriff’s Department after what she calls “the darkest day ever” two weeks ago. Necropsy results show the animals died of oleander toxicity.
Webb writes on social media, “I lost my beloved Cowboy and sweetest Rosie to a most heinous, horrible death…they both consumed the cookies and were put down by end of day… both suffered kidney failure and heart failure.” She says her horse Oscar also ate the poisoned treats, but survived.
Deputies say the placement of the toxic treats containing crushed oleander were intentionally put on Webb’s property in the unincorporated area of Sebastopol. Oleander is a highly poisonous flowering plant. 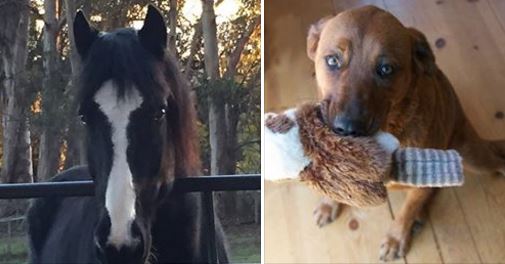 Authorities say a person of interest has been identified.
Webb is asking for the public’s support. “I can only pray, as well, and ask you all to do the same, to pray for the truth of this to be revealed… in whatever way possible.”
A gofundme page has been established to help Webb with her veterinary bills. Click HERE if you would like to contribute.
If you believe your animal was killed intentionally in the county by oleander poisoning or if you have a tip regarding this case, contact the Sonoma County Sheriff’s Office at 707-565-2185.