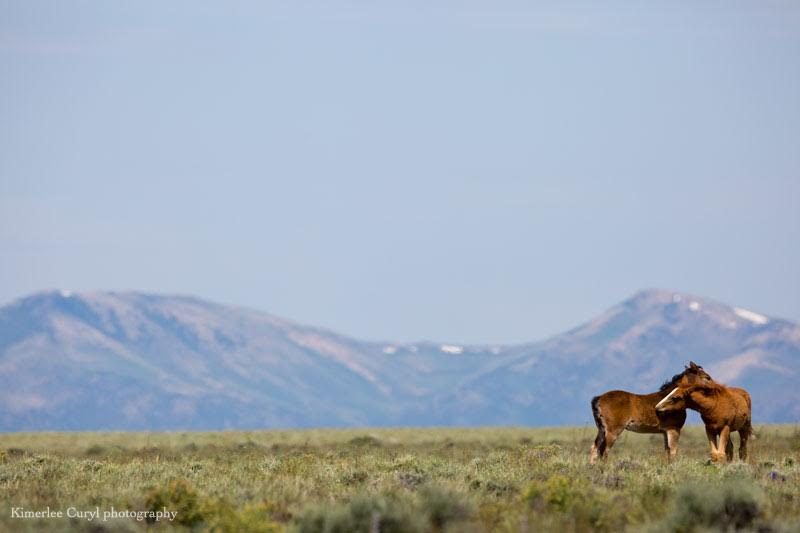 A federal agency is on a path to sterilize wild horses on U.S. rangeland to slow the growth of herds — a new approach condemned by mustang advocates across the West.

The U.S. Bureau of Land Management also continues to resist calls from ranchers and western Republicans to euthanize or sell for slaughter the animals overflowing holding pens so as to clear the way for more roundups.

Bureau of Land Management Deputy Director Steve Ellis delivered those messages at an emotional congressional hearing this week. He offered a glimpse of the challenges facing the agency that has been struggling for decades with what it describes as a $1 billion problem.

Highlights of the hearing included Nevada’s state veterinarian calling for the roundup and surgical sterilization of virtually every mustang in overpopulated herds and a protester who briefly interrupted with shouts denouncing “welfare ranchers” turning public lands into “feedlots.”

Rep. Tom McClintock, R-Calif., chairman of the House Natural Resources subcommittee on public lands, took aim at those who object to euthanizing mustangs “and yet seem perfectly willing to watch them succumb to excruciating death by starvation, dehydration and disease.”

“That is the future we condemn these animals to if we don’t intervene now,” the California Republican said.

Rep. Cynthia Lummis, R-Wyoming, emphasized the 1971 law protecting mustangs allows for their destruction if they go unadopted. But since 2012, Congress has required horse purchasers to sign documents promising not to resell them for slaughter, and the Bureau of Land Management opposes lifting those restrictions.

Ellis said the estimated 67,000 wild horses and burros on federal land in 10 states is 2.5 times more than the range can support. However, there’s no more room in government corals and leased pastures, where 47,000 horses cost taxpayers about $50,000 per head over the course of their lifetime.

“Quite frankly, we can’t afford to feed any more unadopted horses,” Ellis said. “I understand your frustration. We are frustrated, too.”

Ellis said the agency’s “roadmap to the future” includes use of temporary contraceptive vaccines as well as sterilization.

“We feel that before we can implement a spay-neuter program on the range, we’ve got to do the research to make sure we can do it efficiently and safely,” he said. “It is going to take a little time to do that.”

Rep. Rod Bishop, R-Utah, chairman of the Natural Resources Committee, said it’s time to have “that real tough conversation about something more permanent.”

Other Republicans turned on the lone horse advocate called to testify — Ginger Kathrens, founder of The Cloud Foundation based in Colorado Springs, Colorado, and a member of the Bureau of Land Management’s wild horse advisory committee.

But Kathrens said most Americans want to see mustangs “roam freely on their native home ranges as intended.”

“Castration, sterilization and long-term confinement of horses in holding facilities … is unnecessary, cruel, unhealthy and fiscally irresponsible,” she said.

Rep. Bruce Westerman, R-Arkansas, noted, however, that “thousands of domesticated animals are spayed and neutered every day.”

“I’ve got a new puppy and he’s got his day coming soon,” he said.

That prompted an outburst from Edita Birnkrant, campaigns director for Friends of Animals.

“They are wild animals. They are not cats and dogs,” she shouted as McClintock banged the gavel and called for Capitol Police. “The solution is getting welfare ranchers off of our public lands, which have been turned into feedlots.”

J.J. Goicoechea, the Nevada Department of Agriculture’s veterinarian and longtime rancher, urged the gathering of “as close to 100 percent of horses as we can” in overpopulated herds for surgical sterilization before returning some to the range.

“Those of us who truly make a living caring for animals … have a moral obligation to manage populations in balance with natural resources,” he said.