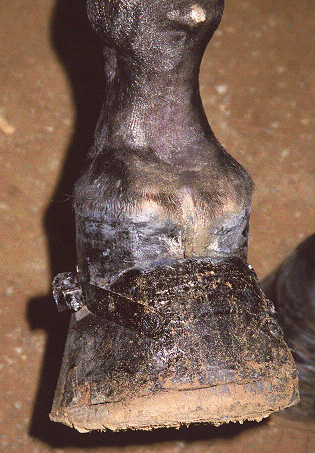 Paul Blackburn was part of co-defendant Barney Davis’s horse training and boarding operation at Monopoly Farm. According to Blackburn’s plea agreement, he was hired to look like the farm’s trainer since Davis is serving a lifetime suspension for soring horses. It goes on to say he sored horses, transported them in that condition, and falsified documents.

Soring horses is an illegal practice where items like bolts are driven into horses’ hoofs, foreign objects are attached to horses’ legs, or chemicals like mustard oil are used to produce pain and sensitivity to alter the gait. The altered gait, which is considered abuse by most horse enthusiasts, is seen as desirable for some that compete in gaited breed horse shows.

Blackburn is scheduled to be sentenced in January. He faces up to one year in prison and a $3,000 fine.