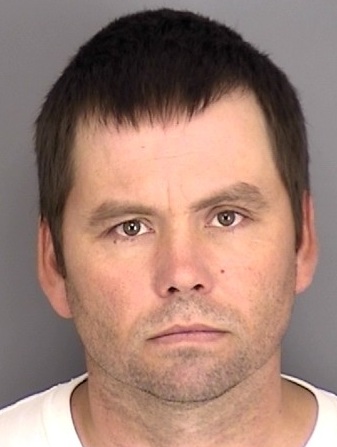 Deputies are traveling to Florida to retrieve William “Billy” Hamilton. He signed an extradition waiver yesterday which expedited his transfer to Arkansas.

The woman responsible for putting Hamilton behind bars spoke exclusively with Rate My Horse PRO.

Jonnie Scudamore dated Hamilton or ‘Will Robert Webb’ – as she knew him – for only a couple of months, but she says they had a deep connection.

She met Hamilton on an internet dating site. He didn’t have a car, job, or money so it appears he tried to make himself more appealing through an intricate web of deceit. One of his more disturbing lies was that his only child, a son, had been killed as a toddler in a mangled car accident in which his ex-wife was the driver. He even showed Scudamore a photo of the “dead” child at 20 months old. “He seemed sympathetic and close to tears when he showed me the photo and talked about it.”

Authorities say Hamilton is known to have at least three children.

Scudamore says there were some red flags from the beginning. “He had no real connection to his family and he always had his phone on him – I did think he might be cheating.”

She says he also spoke with Wendie Cox, the mother of Jaci Rae Jackson, a defendant in the stolen horse case often – sometimes as many as fifteen times a day. He claimed he did have a previous relationship with Cox and that he paid to put Jackson through college. Scudamore says she only knew Cox’s first name until things unraveled.

In late April, Hamilton moved in with Scudamore and her young daughter. Things boiled over Monday after Hamilton became complacent, which allowed Scudamore to investigate his phone. She initially found Hamilton had two other girlfriends in central Florida, and then she hit pay dirt. Scudamore says she reached one of his family members in Frostproof, who told her Hamilton’s real name, and that he had been in Florida since late last year.

Googling him, she says she learned about Hamilton’s past from Rate My Horse PRO’s news article, Billy Hamilton has History of Abusing the Defenseless. “It brought tears to my eyes; it didn’t sound like the person I 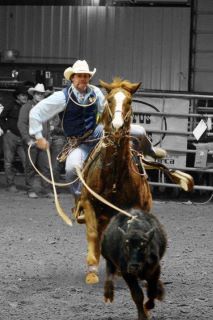 know. I felt betrayed,” says Scudamore. “I knew it was him – he looked different, but he didn’t.”

Scudamore’s mother alerted authorities and Hamilton was arrested on an open warrant within hours. “I felt good and bad at the same time. I never thought this could happen to me.”

Part of Scudamore’s family has barrel racing horses so she says she was surprised to read about his alleged crimes from late last year in the stolen horse case.

Hamilton was named by Jackson as one of the people involved in the theft of the rodeo horses in November. According to court records, Jackson told an informant, “She wanted the horse killed and watched as Credit Card was shot in the head and had its throat slit by a William “Billy” Hamilton. Jackson went further in stating that Credit Card was then “quartered” or cut into numerous pieces by Hamilton and an identified juvenile for easy transport and disposal.”

“It completely floored me – he spoke a lot of how much he loved horses. I wonder how he could do that,” Scudamore adds. Looking back now, she says he talked about horses as work tools for the ranch, rather than pets. She says he also shared two incidents where he shot dogs – once in front of Cox and Jackson. It is unknown if these stories are from his real life or made up one.

Scudamore says she has more questions than answers, “I’m glad I could help, but I’m hurt.”

Hamilton is expected to be back in Arkansas this weekend according to authorities. Pike County Sheriff Preston Glenn, who holds the warrant, says, “I can’t wait to get him back here.” Glenn says there is no bond on the warrant stemming from 2009, and that Hamilton should be in front of a judge on Monday.

Investigators have called Hamilton a person of interest in the stolen horse case, however, they have not issued a warrant for his arrest.