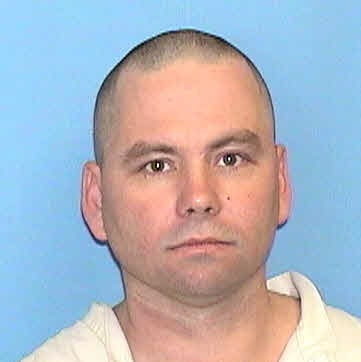 Slated for release in one criminal case, the notorious William “Billy” Hamilton remains locked up. Hamilton is a defendant in the Arkansas five horse theft case.
In June, he was sentenced to 36 months behind bars in an unrelated matter for stealing cattle. He went before the parole hearing board in November, and was granted an early release for “good time served.” He became eligible to be released onto parole or transferred on December 20.
However, Columbia County authorities placed a hold on Hamilton’s release. He was transferred to the jail, where he sits today, according to Deputy Prosecuting Attorney David Butler. Hamilton is charged with six counts of theft of property.
There is also an open warrant for Hamilton’s arrest in Oklahoma. McCurtain County District Attorney Mark Matloff says, “we’ll take him when we get him – there’s no rush.” It is anticipated he will be charged with bringing stolen property into the state, knowingly concealing stolen property, animal cruelty, and felon in possession of a firearm.
Five rodeo horses were stolen from Southern Arkansas University students in November 2011, along with a trailer and tack. Four of the horses were recovered tied to trees with nothing to eat or drink. The fifth, a chestnut gelding called Credit Card, was found later that month dead. Authorities say he was shot and then quartered for easy disposal. Hamilton allegedly killed Credit Card.
Hamilton is scheduled to be back in a Columbia County courtroom on January 3, 2013.