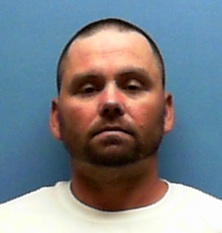 Hamilton was named in defendant Jaci Rae Jackson’s affidavit of arrest as the individual that butchered the chestnut roping horse. Jackson “watched as “Credit Card” was shot in the head and had its throat slit by a William “Billy” Hamilton. Jackson went further in stating that Credit Card was then “quartered” or cut into numerous pieces by Hamilton and an identified juvenile for easy transport and disposal.”

Hamilton is talking, but telling a very different story. He says the five horses were in a pasture and Credit Card “had a t-post through his stomach, with his guts hanging out. Billy [Hamilton] stated after they found the horse, it died shortly after.” Hamilton told investigators he left the horse’s body in the corner of the field and let the other four horses loose with halters on. “Billy [Hamilton] stated he didn’t know who tied the 4 horses up or who cut the horse up.”

Hamilton told investigators that he and Wendie Cox, the mother of Jackson, were dating. Cox allegedly came up with an idea to steal several rodeo horses from other students, in order to get Jackson, a freshman on the Southern Arkansas University rodeo team, a better horse.

According to Hamilton, a plan was devised, after Jackson allegedly said that “one rodeo member ripped the pocket of her jeans trying to have sex with her and the other rodeo team member tried to rape her after a rodeo in Alabama.” He stated regarding the plan “no one was sure about it,” however he did admit to stealing the five horses and taking them to Oklahoma, according to the documents.

Hamilton was recently arrested on an open warrant in an unrelated case. He has been charged with six counts of theft of property in this case. He is being held on $150,000 bond.

Earlier this week George Berrish III, a juvenile, was arrested and has been interviewed three times in reference to the horse theft. He states he was hog hunting all day and never saw any horses, although he admits his truck was at Cox’s house the morning the horses arrived, according to court records. Berrish has been charged as an adult with six felony counts of theft of property.

Hamilton and Berrish were in court today and pleaded not guilty. Berrish was placed on house arrest.

Jackson goes to trial in Arkansas at the end of July. A date has not been scheduled for her trial in Oklahoma.

The four horses found tied to trees without food and water were returned to their owners and have made full recoveries.