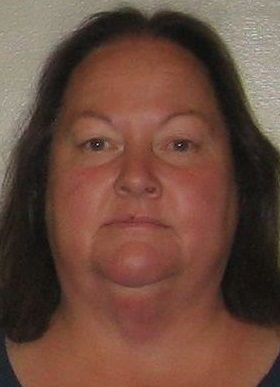 A South Carolina paint horse breeder is behind bars after pleading guilty to stealing money from the fundraiser for Banks Ready, the former American Junior Paint Horse Association (AjPHA) president.
Bennie Lynn Clawson pleaded guilty on Thursday to Breach of Trust with Fraudulent Intent and four counts of Forgery. A judge sentenced her to 10-years suspended. She will serve 90 days in jail, 5-years probation, and must pay $7,000 restitution to the family.
The court also ordered Clawson not to do any internet or charitable fundraising of any kind upon her release. According to the solicitor’s office, who prosecuted the case, if she is caught breaking the order, the York County Sheriff’s Office should be notified immediately.
Banks’ dad, George Ready, said on Friday he is disappointed with the sentence. “She’s done this before. This is her second conviction. I don’t want her to be able to do this to anyone else.”
He said he doesn’t consider his family the only victim. Those who donated items or money after his son was in the car accident in May 2012 were also victimized.
The elder Ready is an attorney and retired circuit court judge in Mississippi. He advises others to do the research he didn’t do. “It was a very stressful, emotional time, and people said they knew her. She comes across as nice, but — she has a history, and the internet is an amazing tool.”
In 2008, Clawson was sentenced to 3-years probation and a fine for “erroneous or fictitious checks.” She pleaded guilty in 2005 to 3 counts of forgery less than $5,000. She was sentenced to 5-years suspended and 3-years probation in that case.
Ready said he directed Clawson to only accept checks, made to the fund, and sent to their address. Instead, he said, Clawson had some checks sent to her, she added her name, and forged theirs, in addition to accepting Paypal funds.
When fundraising online, Ready has these tips, but says he doesn’t want to discourage anyone from ever giving.
– Cut out the middleman when it comes to collecting funds
– Don’t use Paypal unless you, the recipient, are the only one operating the account
– If someone else is helping, all checks should be made out to recipient or fund name only
– Have checks sent to bank or recipient’s address only
It is unknown how much Clawson actually stole from the fundraiser that was to benefit the 22-year-old, who is still recovering, but making impressive strides. Original estimates of the theft were about $20,000, but Clawson’s defense said she was handling multiple fundraisers for different people.
At sentencing, Clawson brought a $500 money order as her first payment toward the $7,000 in restitution. Ready said he is doubtful they will ever see another penny.
View Court Cases