A good man will take care of his horses and dogs, not only while they are young, but also when they are old and past service. - Plutarch

More than 10,000 U.S. thoroughbreds are reportedly among the racehorse industry’s casualties yearly, shipped to slaughterhouses in Canada and Mexico.

Once racing ends, the fight to give these horses a new life begins. The documentary, Back on Track, explores the re-homing, rehabilitation, and retirement efforts that create a different path for these amazing animals to make sure they aren’t thrown away.

Young filmmaker Kara Colvin and co-producer Zach Lyons began shooting the project in late 2011. Colvin owns ex-racehorse JW’s Best Bet, who inspired the film. Jake, as he is known in the barn, earned over $171,000 on the track, but was neglected after his racing stint. Salvaged — he became Colvin’s eventing partner when she was 13-years old and he remains with her today. “I owe so much to him, he is a great animal.”

Open lines of communication with passionate thoroughbred advocates including Virginia horse trainer Lisa Molloy at ReRun, Inc. help prevent these talented and kind horses from falling through the cracks and into the wrong hands. Colvin says she wants to heighten awareness of the organizations furthering the cause, but she needs your help.

Funded exclusively to date by Colvin, a master’s student, the film needs a final financial boost of $12,000. Like many before them, the filmmakers turned to Kickstarter. Individuals pool resources and receive an incentive — your name could be in the credits and other perks are available. A successful crowdfunding campaign ensures the film is completed to Colvin’s original vision without compromise.

The funds are necessary to travel to additional sites in Texas, New York, and Kentucky. She says these locations are important to showcase the versatility of the thoroughbred in their second careers. While amazing sports horses, they are also being used in therapeutic riding schools and programs for troubled teens. 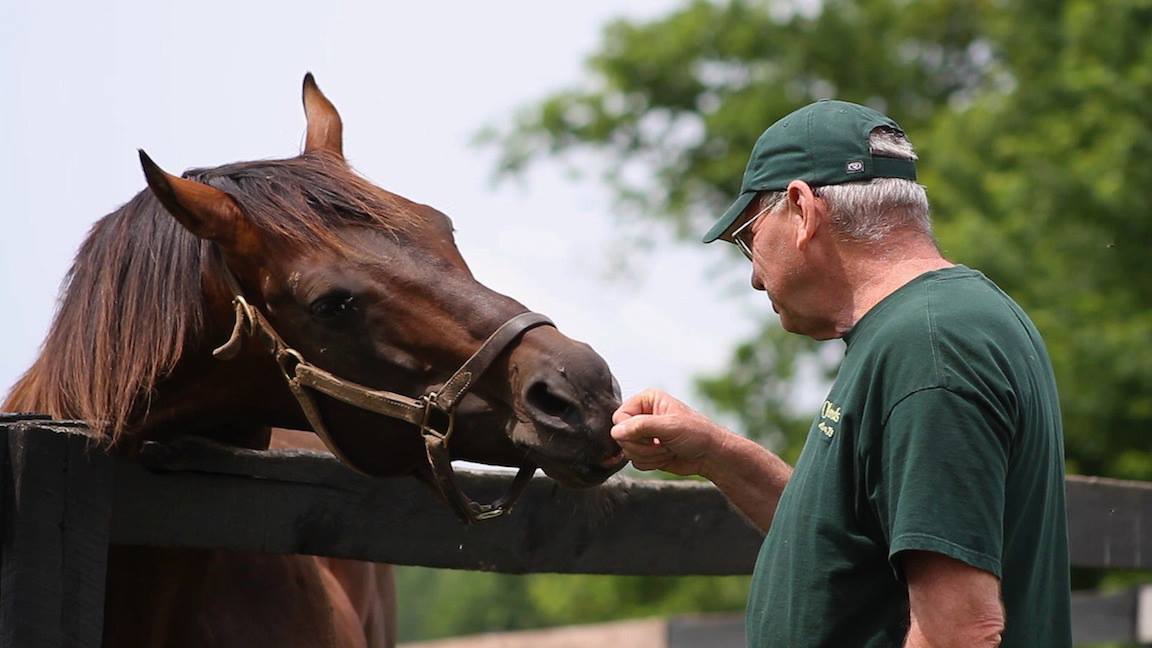 Old Friends Equine Retirement (pictured right), in Kentucky, shows the lens why it is called the “living history museum of horse racing.” The non-profit takes in some of racing’s most at-risk, thoroughbred stallions, whose racing and breeding careers ended.

The documentary, with your help, will debut at film festivals in May 2014.