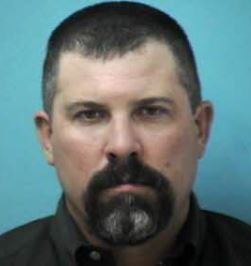 A Tennessee grand jury has indicted an Arizona horse trainer that is accused of taking money from a horse sale, but never delivering the horse.
Raymond Siggins, of Elroy, is charged with one count of theft over $10,000. He was arrested Thursday and booked into the Williamson County jail after he turned himself in.
The Tennessee Bureau of Investigation began its inquiry into the owner of the Arizona based Siggins Horse Company in August 2013. Agents state a Tennessee man paid Siggins $21,000 in 2008 to purchase a quarter horse named SNW Joe Fox. The buyer was allegedly never able to secure possession of his horse from Siggins nor was he able to get his $21,000 back. It is not known if the parties had a sales agreement in place.
In 2012, authorities state the buyer learned Siggins sold SNW Joe Fox to an Alabama woman.
Siggins advertises training and sales services for team roping, calf roping, and barrel horses. “Our horses are proven champions at every level from big lights of the NFR in Las Vegas, to your local junior rodeo and everything in between,” states Siggins’ website.
Siggins’ bond was set at $10,000.