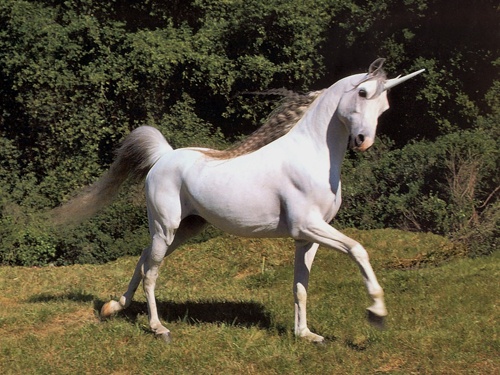 Are efficient equine lawsuits like... unicorns? A rare, mystical thing...

by Amy Ganci, Esq
In my practice, I am regularly hired to bring or defend lawsuits involving horse transactions. Whether it’s a sale dispute, a partnership disagreement, a dispute over the handling of equine business monies, the enforcement of a stable keeper or veterinary lien, or similar dispute – The bottom line is lawsuits cost money and take time – and not just a little!
I am continually surprised at what horse people – owners, trainers, breeders, veterinarians – know and do not know about the litigation process and alternatives to litigation. So let’s talk some basics!

A traditional lawsuit is one in which a party has filed claims for monetary or other relief against another party in a recognized court of law.

State to state and within each state, this can mean any variety of courts which typically take filings based upon monetary jurisdiction – they can be small claims courts, frequently referred to as Justice of the Peace Courts; state district courts, which generally have unlimited monetary jurisdiction; county courts, which can have a ceiling on the amount of money you can sue for; federal courts, which will hear cases involving a federal question or disputes between citizens of different states where that dispute is valued at an amount over $75,000.00. The filing party’s lawyer will generally choose the correct court in which to file. The party filing the lawsuit is called the “Petitioner” or “Plaintiff,” and the answering party, the “Defendant” or “Respondent.” There are filing and service fees involved, and then there is the question of counsel. Lawyers are not cheap and fees of $150-$450 per hour are common. If the case involves the likelihood of a significant, collectible recovery, a contingent fee arrangement of 33 1/3% – 40% of the gross recovery is routine. Cases in which a jury is demanded or experts required can regularly cost $50,000 up to hundreds of thousands of dollars to take to trial. A party can frequently use the discovery process and motion practice to make the other party spend money!

Typically, a normal case will involve the filing of a petition and an answer, written and deposition discovery, some motion practice, which may include a summary judgment motion by one or all of the parties seeking summary disposition of some or all of the claims or defenses, and finally a trial. The time a case may be pending from the date it is filed varies greatly court to court, but 24-36 months is not an uncommon average time for a case to remain pending at the trial court level. After the trial, there can be motion practice for new trials, for judgment notwithstanding a jury verdict, which takes additional time, often three to six months. Thereafter, parties may appeal. If you have lost a trial and had a money judgment rendered against you, the opposing party may start collecting that judgment even if you appeal, unless you post a bond securing their judgment, which you are at risk of losing if they prevail on appeal.

There are some alternatives to costly trial court practice and it is important to know how to implement them.

Arbitration is a non-judicial, alternative dispute resolution (ADR) process that parties can agree to, generally in advance of a dispute, but can certainly agree to after a dispute arises. Sometimes, arbitration is mandatorily imposed by a statute or contract. A third party, the arbitrator, or a panel of arbitrators, listen to evidence and argument and decide the matter by an award which, if binding, can then be enforced in a court of law.

Non-binding arbitration is similar to mediation in that a final decision is not imposed on the parties and not enforceable in a court of law. The principal distinction, which I will discuss more fully below, is that a mediator will try to help the parties settle a dispute and find a middle ground on which to finally compromise, whereas the non-binding arbitrator remains completely removed from any settlement process and will only give a determination of liability and, if appropriate, an indication of the amount of damages.

It became fashionable for many types of businesses to include mandatory arbitration provisions in their contracts – for instance, employment contracts, sale contracts, and lease agreements This was done with a view that arbitration was 1) less time consuming than a court case, 2) less expensive, and 3) more private. Over the years, the first two factors have proved less true, with some arbitration proceedings costing much more than a bench trial (trial before a judge alone), and often a jury trial, and taking many years – particularly where one party challenges the validity or enforceability of the arbitration provision.

Mediation is a non-binding ADR process where compromise is the focus. Parties to a dispute can hire a mediator, preferably with some expertise in the area of dispute at issue. The mediator assists the parties in evaluating the particular strengths and weaknesses of their positions, as well as the costs, risks, and benefits of pursuing the dispute in court.

I am particularly a big fan of early mediation because the parties can, as determined by the mediator, confront one another (where often a little venting makes the dispute dissolve), and the parties can assess their position vis-à-vis the costs of pursuing the same before they have incurred $100,000 in legal fees, which can then drive a settlement decision.

Often parties can agree to mediate or make mediation a mandatory prerequisite to filing a lawsuit by way of a written agreement. The parties will hire an agreed upon a mediator, or have such a person designated in their contract, and generally spend less than $2,000.00 per side at a day of intense compromise.

As horsemen and horsewomen, the ADR process has certain benefits, not the least of which is providing some flexibility in scheduling, that would not ordinarily be available to a party in a court of law. Arbitration and/or mediation provisions can be included as state laws permit in Bills of Sale, Boarding Agreements, Horse Lease Agreements, Employment Contracts, Training Agreements, and Riding Releases. I encourage clients to include, at the very least, an agreement to mediate a dispute prior to any party filing suit, which agreement can be enforced in court, with a judge typically abating (delaying) a case until a contractually agreed mediation has taken place. Selecting a lawyer or mediator with expertise in horses can be critical to a successful pre-suit mediation of an equine dispute, and parties should go to some lengths to identify those lawyers and either name them in the agreement, or state that the mediator will be an equine attorney.

Where you can run afoul of state laws in developing a binding ADR clause frequently comes from trying to assign responsibility for payment of attorney fees. Many states’ deceptive trade practice laws preclude parties from “agreeing” away statutory rights, like the right to recover attorney fees. It is best to have your ADR clause reviewed by a lawyer before slipping it into your standard agreements.

Equine legal disputes can often best be resolved pre-suit, and horse people should strive to agree to take advantage of these processes which can save time, money and heartache when utilized early after a dispute arises. Having ADR clauses in written agreements can help ensure that these processes are put to best use where frequently emotions are running so high parties might not otherwise submit to a pre-suit process intended to bring speeding, efficient resolution to a dispute.

This article does not create an attorney-client relationship between you and the article’s author. This article is not a substitute for competent legal advice from a licensed professional attorney in your state. 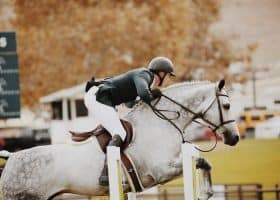 In the highly transient equine industry, many create and utilize limited liability company (LLC) entities in their home state. What happens to the protections and advantages of your LLC, formed in one state, when you conduct...
Read More 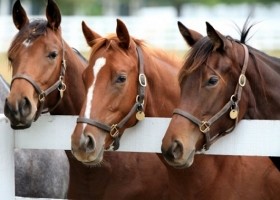 Equine law cases are kind of like the television show Survivor. In equine lawsuits, the challenge is to outwit, outlast, and out-finance your opponent. ,...
Read More 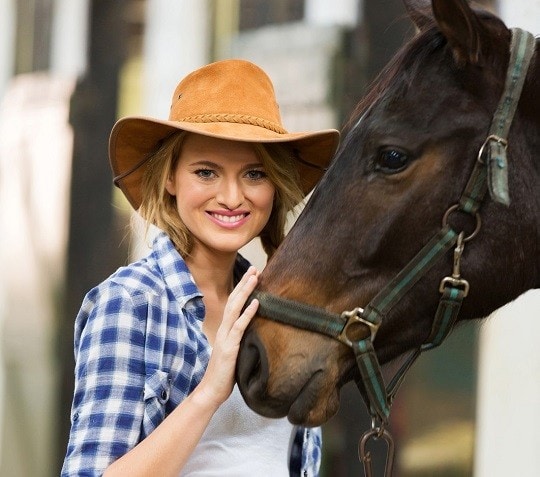 There is often much confusion on whether an equine worker is considered an “independent contractor” or an “employee” in the eyes of the law. It is a hot topic given that classification matters because it may material...
Read More 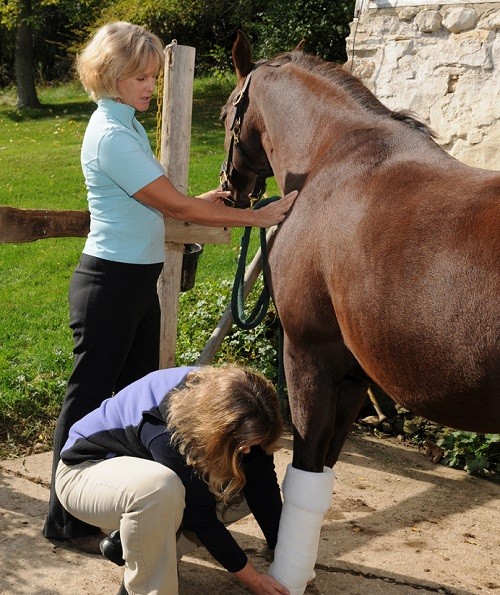 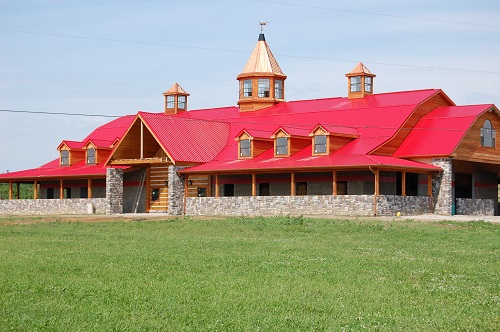 While we must plan for success in owning and operating an equine business, everyone knows that horses can often bring the unexpected. To avoid unexpected legal pitfalls, equine business owners must take care to avoid these f...
Read More 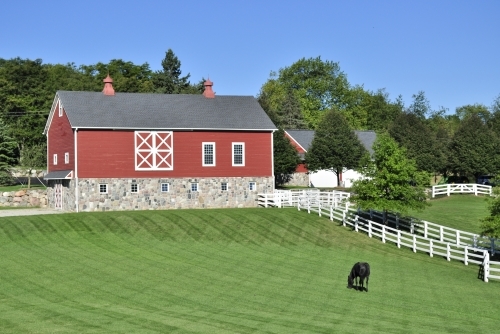