Rodeo team member Jaci Rae Jackson, who is accused of allegedly stealing her teammates’ five roping horses, had her first day in court today. Jackson is being represented by attorney Michael Lusk. He entered a not guilty plea on her behalf.
Jackson’s bond is now set at $100,000. She is charged with three counts of theft of property over $25,000 and three counts of theft of property between $5,000 and $25,000. If she does post bond she will be transported to Oklahoma since the state has an outstanding warrant for her arrest. She is being charged with moving stolen property into the state, knowingly concealing stolen property, and animal cruelty.
Two defendants who were arrested earlier this week in Oklahoma, Mickie Lynn Carter and Charles Tramble, were also in court. Tramble is being represented by Mitchell Leonard of Oklahoma. If Carter doesn’t have an attorney hired by her next appearance, one will be assigned to her. Both are charged with one felony count of knowingly concealing stolen property. 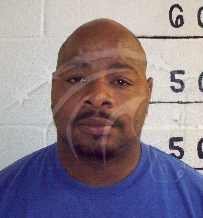