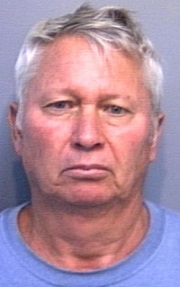 Baldwin County Sheriff Deputies executed a search warrant at Tucker’s property in Robertsdale on Saturday. In a statement, officials said, “Numerous items of evidence were seized and enough information was obtained that warranted an immediate arrest.”

Thomas owns and operates Tucker’s Horse Ranch. He offers horse boarding and riding lessons primarily to young female students, according to investigators. So far, four alleged victims have come forward with complaints of “inappropriate sexual abuse.” They are females between the ages of 12-15.

Tucker is currently behind bars. He is scheduled for a bond hearing Monday afternoon.