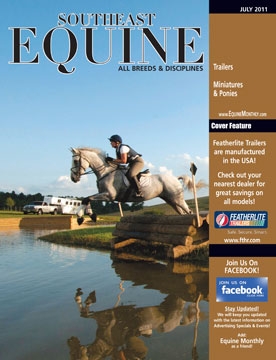 For some, it passes quickly, as fast as a blink of an eye. For others, it can seem like a lifetime. I imagine the latter was true for my daughter, Andi, after losing her pony to unscrupulous horse trainers.

She always assumed she would see her pony again; after all, her pony was only supposed to be on trial. It never occurred to us that the trainers would sell her pony without our knowledge and keep the twenty thousand dollars from the sale. Obviously, we were new to the industry and rather naive.

In those six years, Andi lived through an intense FBI investigation, Federal Court appearances and endless questions from friends and peers – not to mention the sheer disappointment of the actual events that had occurred. Luckily, we found out her pony was living with a wonderful family in Louisiana. She had two sweet young girls loving on her daily. While that was somewhat comforting it did not fill the void felt by my daughter. Distance, finances, and life kept us from visiting her pony that was taken from her those years earlier. As a parent, it was hard not to be able to ‘fix’ the situation and heal her wounds. 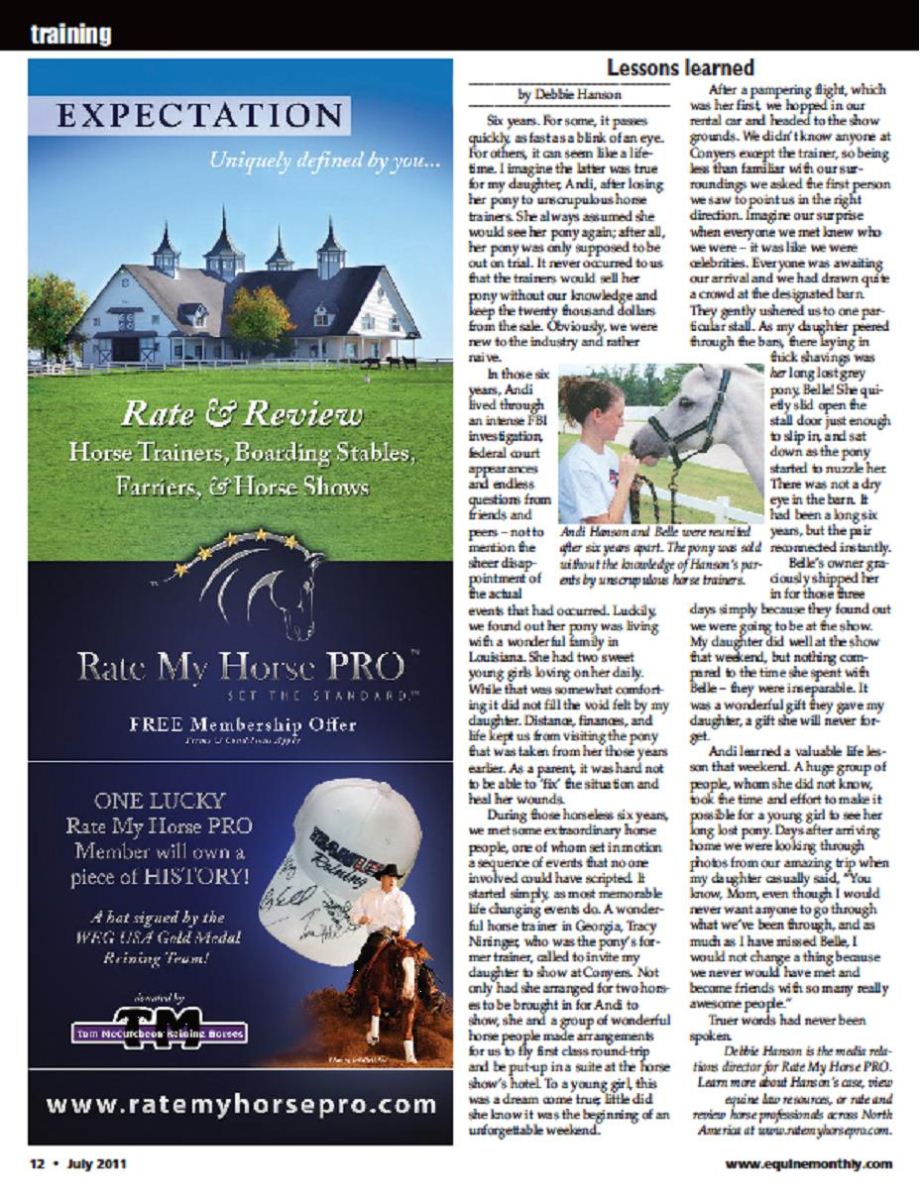 During those horseless six years, we met some extraordinary horse people, one of whom set in motion a sequence of events that no one involved could have scripted. It started simply, as most memorable life-changing events do. A wonderful horse trainer in Georgia, Tracy Nininger, who was the pony’s former trainer, called to invite my daughter to show at Conyers. Not only had she arranged for two horses to be brought in for Andi to show, but she and a group of wonderful horse people also made arrangements for us to fly first class round-trip and be put up in a suite at the horse show’s hotel. To a young girl, this was a dream come true; little did she know it was the beginning of an unforgettable weekend.
After a pampering flight, which was her first, we hopped in our rental car and headed to the showgrounds. We didn’t know anyone at Conyers except the trainer, so less than familiar with our surroundings we asked the first person we saw to point us in the right direction. Imagine our surprise when everyone we met knew who we were – it was like we were celebrities. Everyone was awaiting our arrival and we had drawn quite a crowd at the designated barn. They gently ushered us to one particular stall. As my daughter peered through the bars, there laying in thick shavings was HER long lost grey pony, Belle! She quietly slid open the stall door just enough to slip in, and sat down as the pony started to nuzzle her. There was not a dry eye in the barn. It had been a long six years, but the pair reconnected instantly.
Belle’s owner graciously shipped her in for those three days simply because they found out we were going to be at the show. My daughter did well at the show that weekend, but nothing compared to the time she spent with Belle – they were inseparable. It was a wonderful gift they gave my daughter, a gift she will never forget.
Andi learned a valuable life lesson that weekend. A huge group of people, whom she did not know, took the time and effort to make it possible for a young girl to see her long-lost pony.
Days after arriving home we were looking through photos from our amazing trip when my daughter casually said, “You know mom, even though I would never want anyone to go through what we’ve been through, and as much as I have missed Belle, I would not change a thing because we would never have met and become friends with so many really awesome people.”
Truer words had never been spoken.
Pages: 1 2 3 4 5 6 7 8 9