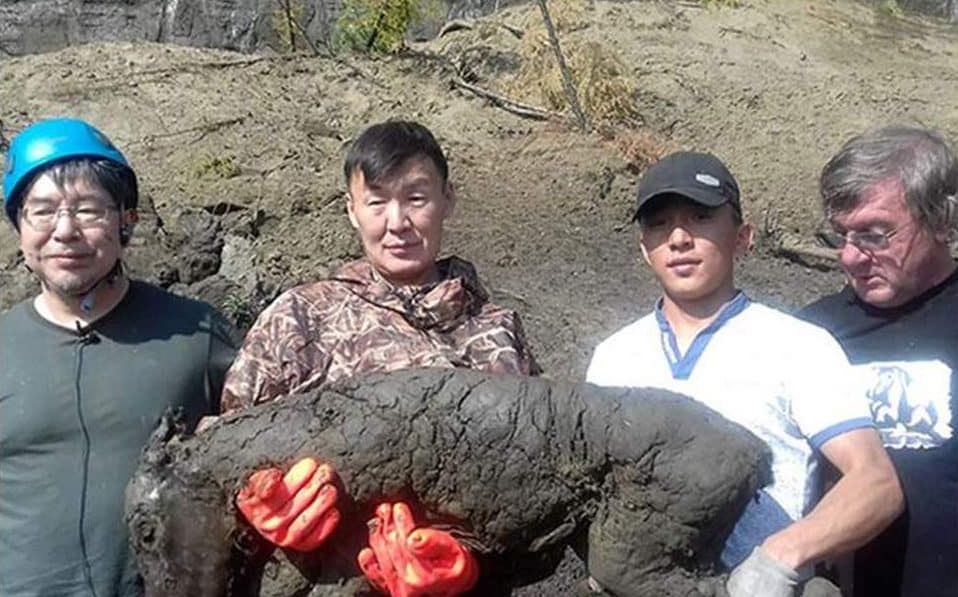 The team of scientists who discovered the 40,000 year old foal in Siberia includes Semyon Grigoryev.

Scientists unearthed a baby horse that they say lived 40,000 years ago in Siberia.

A joint expedition by scientists from Russia and Japan led to the treasure. Researchers estimate the foal was three-months-old when it died although the cause of death remains a mystery. They say there are no visible wounds on the horse.

“This is the first find in the world find of a prehistoric horse of such a young age and with such an amazing level of preservation,” said Semyon Grigoryev head of the Mammoth Museum in Yakutsk and expedition team member. The horse still has it’s hair, tail, and organs.

The team released a photo of their historic find of the foal covered in a mud-looking substance provided by mother nature.

More details about the time period during which the foal lived will be made available after the soil samples are examined.