After being seized, (below) the horses are recovering at an unknown location. © Kathy Milani / The HSUS

An anonymous tip led to the investigation and seizure of 19 horses from the Tennessee training stable of Larry Wheelon. The gaited horse trainer has been charged with one count of felony animal cruelty on suspicion of soring. He could face additional charges, according to authorities. 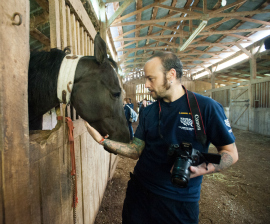 The Blount County Sheriff’s office served a search warrant at Larry Wheelon Stables last week with help from several animal organizations including the Humane Society of the United States. Authorities say they discovered horses visibly in pain and several barely able to stand.

Gino Bachman, president of Blount County SPCA, said, “Seeing these horses suffering so badly that they can hardly stand is heartbreaking, but being able to assist in this investigation and today’s rescue gives us some solace.”

Wheelon, who is an active director of the Tennessee Walking Horse Trainer’s Association and sits on its ethics committee, has been cited by inspectors at least 15 times for violations of the federal Horse Protection Act between 1993 and 2012. He is also an AAA-rated judge with Shelbyville’s-based S.H.O.W. It is the largest of the USDA-certified horse industry organizations that self-police competitions.

Wheelon was released from custody after posting $5000 bond.

He released a statement on the Walking Horse Report saying, “I would like to first state that I am innocent on the charges alleged against me. These are serious allegations that carry serious consequences and I look forward to the opportunity to have my story known and my name cleared of these allegations.”

Wheelon’s SHOW judging license was suspended after the criminal charge was filed. “In the meantime, these allegations have caused the organizations I serve undue criticism and ridicule and in an effort to remove them from further criticism I am voluntarily stepping aside from roles as a board member of the Walking Horse Trainers’ Association and member of the Ethics Committee and as President of the East Tennessee Trainers’ Association.” 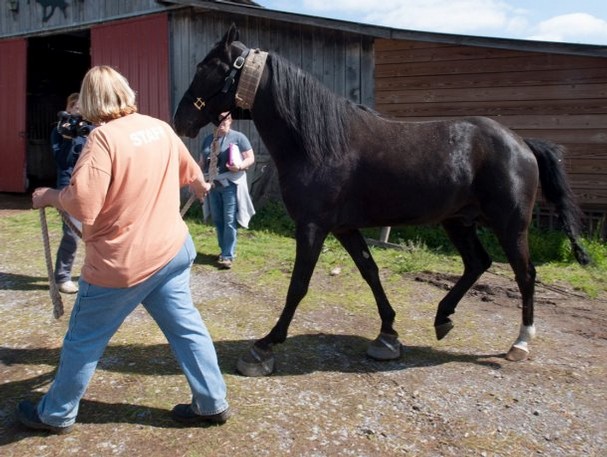 The horses are being cared for at an undisclosed location.

Soring is an illegal method used by some in the gaited horse industry as a shortcut for training. It includes the application of caustic chemicals and painful devices to the hooves and legs of horses to produce the artificial high-stepping “Big-Lick” gait.